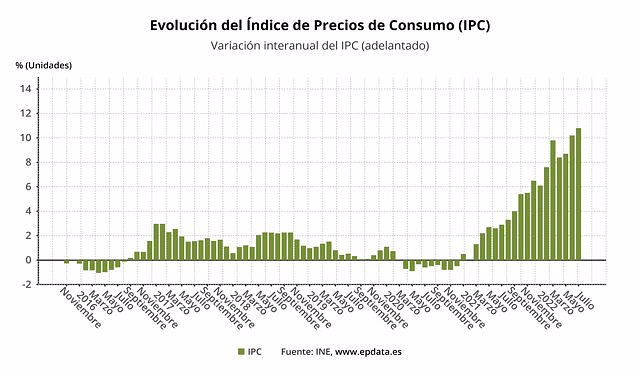 The Consumer Price Index (CPI) fell two tenths in July in relation to the previous month, but its year-on-year rate shot up six tenths, to 10.8%, its highest level since September 1984, according to advanced data published this Friday by the National Statistics Institute (INE).

The data for July, which must be confirmed by Statistics in the middle of next month, exceeds the peak reached last June when the CPI stood at 10.2%, its highest level since 1985.

According to the INE, the rise in the year-on-year CPI to 10.8% is mainly due to the rise in the prices of food and non-alcoholic beverages and electricity (which registered a drop in July 2021) and the behavior of clothing and footwear, whose prices fall less than last year.