He has communicated the date to the defense of former president Carles Puigdemont and the rest of the defendants. 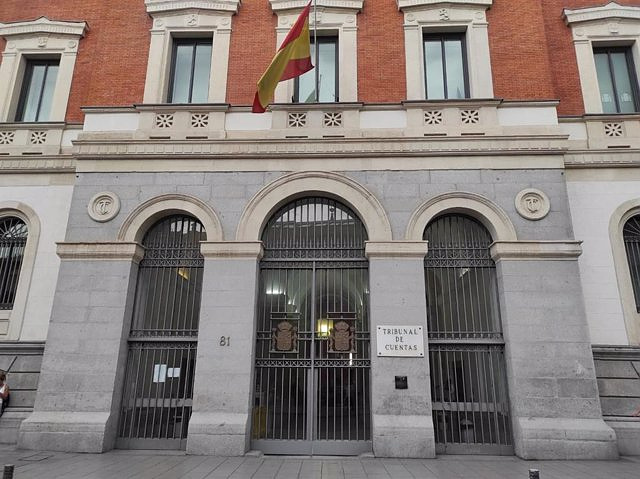 The Court of Auditors has set for December 16 the preliminary hearing on the alleged diversion of funds for the expenses of the illegal referendum in Catalonia on 1-O and the foreign action of the 'procés' within the framework of the procedure that is being followed against the Former Catalan President Carles Puigdemont and various officials and ex-government officials, who are being claimed for 3.4 million euros --jointly and severally-- as accounting liability.

The supervisory body has notified this Friday to the defenses of the defendants - among whom is also the former vice president of the Government Oriol Junqueras - the decision of the Second Department of the Prosecution Section.

As explained by the court, the preliminary hearing is a procedure prior to the trial, which --until now-- has no scheduled date. Said hearing, he specified, is intended to resolve the "procedural exceptions" that the defendants and the proposition of evidence may have raised.

The decision takes place after last April the court removed - at the request of the Prosecutor's Office - the former ministers Joaquim Forn and Josep Rull, as well as 14 other former Government officials from the list of people who are claimed funds allegedly diverted.

In April, the Public Ministry lowered the estimates of the supervisory body on the allegedly deviated figure. Specifically, it went from the 9.5 million calculated by the court to 3.4 million euros: 2.2 million related to foreign action expenses and 1.2 million linked to the referendum of October 1, 2017.

As he explained, the accounting responsibility of some of those present in the procedure decreased "considerably with respect to the amount claimed by the instructor" of the Court of Auditors and with respect to the demand of Catalan Civil Society because "the defendants and the amounts are divergent" .

In its brief, the Prosecutor's Office defended that its work had been "thorough" and that it had attended -- "for reasons of coherence" -- to the procedural position of the Ministry in each of the procedures in which the possible perpetrators were investigated, prosecuted, accused or prosecuted.

In this sense, he explained that the part of the lawsuit dedicated to the expenses of 1-O "complies with the order made by the Second Chamber of the Supreme Court, which condemned the members of the Government of the Generalitat of Catalonia, among others, for the crime of embezzlement". In this case, the Prosecutor's Office considered it pertinent to claim accounting responsibility from Junqueras and former directors Raül Romeva, Dolors Bassa and Jordi Turull. He also included three "rebels" in his lawsuit: Puigdemont and former directors Toni Comín and Lluís Puig.

Regarding the part of the claim related to the expenses of foreign action, the Public Ministry included both the trips made by the former president and the former councilors of the Government as well as the expenses incurred by the different delegations of the Generalitat abroad and the various activities of the Diplocat, both those destined to promote the sovereignist process and another series of expenses.

For its part, the Catalan Civil Society filed a lawsuit against 11 former government officials, including former presidents Carles Puigdemont and Artur Mas, and former vice president Oriol Junqueras, for the expenses of 1-O and the external action of the Generalitat . He claimed 5.3 million euros for accounting liability.

Initially, however, the Court of Auditors set the accounting responsibility for Catalonia's foreign action at 5.4 million euros through the so-called 'Catalan embassies' and the Consell de la Diplomàcia Pública de Catalunya, known as 'Diplocat '. For its part, it estimated the expenses related to the referendum of October 1, 2017 at 4.1 million. As both actions were merged into a single procedure, the total amount reached 9.5 million euros.

Last summer, within the framework of the case, Puigdemont filed an appeal against the figure claimed by the Court of Auditors, considering that he had "recognized immunity as a member of the European Parliament" that reached "any instance and jurisdiction", including the supervisory body. His arguments were dismissed.

THE DEBATE OVER BAILS AND GUARANTEES

Subsequently, the debate turned to the bail that the defendants had to provide in court for the trial. When the body claimed the 5.4 million euros, several of the defenses considered it appropriate to present public guarantees from the Catalan Institute of Finance (ICF) to avoid the seizure of assets.

Initially, the court did not accept this modality. The investigating delegate pointed out that "according to the coherence of the indemnity system of the public agent", and to the interpretation of the Civil Code, "the security by collateral guaranteed with public funds of willful conduct or marked by acts carried out with negligence or gross negligence does not can be legally protected. Finally, the Court of Justice of the body corrected the decision and allowed the defendants to present the public guarantees.

After admitting these guarantees, the court agreed to return to the Esquerra Republicana de Catalunya (ERC) the 2.1 million euros that it deposited as a guarantee of the alleged accounting responsibility of the former high-ranking government officials indicted.

In parallel, the PP, Vox and Ciudadanos filed appeals before the Constitutional Court against the fund created by the Generalitat of Catalonia to cover the bail guarantees claimed by the Court of Auditors for ex-charges of the Catalan Executive. The court of guarantees admitted the appeals for processing, but has not yet ruled on the matter.

‹ ›
Keywords:
Carles PuigdemontTribunal De Cuentas
Your comment has been forwarded to the administrator for approval.×
Warning! Will constitute a criminal offense, illegal, threatening, offensive, insulting and swearing, derogatory, defamatory, vulgar, pornographic, indecent, personality rights, damaging or similar nature in the nature of all kinds of financial content, legal, criminal and administrative responsibility for the content of the sender member / members are belong.
Related News