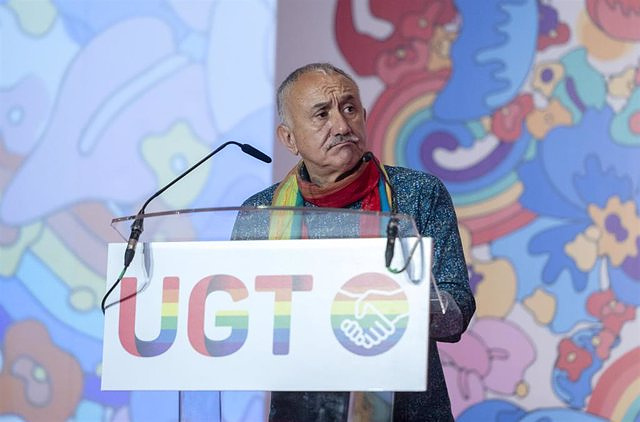 The European Committee of Social Rights of the Council of Europe (CEDS) has admitted for processing the claim filed by UGT on March 24 against the current Spanish dismissal system, as reported by the union on Monday.

The organization led by Pepe Álvarez alleged in its claim that the Spanish dismissal model "manifestly" breaches article 24 of the European Social Charter and Convention 158 of the International Labor Organization (ILO), relating to the protection of workers. workers facing dismissal.

The union considers that severance pay in Spain, especially for workers with whom they have been employed for a short time, is not "sufficiently reparative and proportional" to the damage caused to the worker, especially if he loses his job arbitrarily and if you take into account that compensation has been reduced in recent decades.

The CEDS gives until November 30 for the Government and European business organizations to present their observations on this issue and for the UGT to respond to the Executive's allegations.

According to the general secretary of the UGT, Pepe Álvarez, after that period, the Committee will issue a sentence "that will be mandatory" for Spain.

"As it has done in other countries, the sentence must go in the right direction, that of ensuring that the dismissal in our country is a fair dismissal. This path will force the Spanish authorities to change the legislation and put an end to the situation of discrimination that occurs in cases of dismissal in our country", he added in a statement to the press.

UGT denounces that the labor reform of 2012, in addition to triggering temporary employment and devaluing salaries, cut severance pay and the intensity of the causes for dismissal, eliminated processing salaries and encouraged the use of extinctive means instead of other forms. employment protection, such as ERTEs.

"The successive labor reforms have made unjustified dismissal free and poorly paid. The reduced compensation for arbitrary termination does not cover the damage actually caused. The current Spanish regulations governing dismissal do not protect the worker against arbitrary decisions, without cause. real", criticizes the union.

UGT also stresses that, although the 2021 labor reform gave greater protection to employment, a "second part" is needed, to be discussed "immediately" in the social dialogue, in which dismissal is one of the matters to be negotiated.

‹ ›
Keywords:
UGTSindicatos
Your comment has been forwarded to the administrator for approval.×
Warning! Will constitute a criminal offense, illegal, threatening, offensive, insulting and swearing, derogatory, defamatory, vulgar, pornographic, indecent, personality rights, damaging or similar nature in the nature of all kinds of financial content, legal, criminal and administrative responsibility for the content of the sender member / members are belong.
Related News