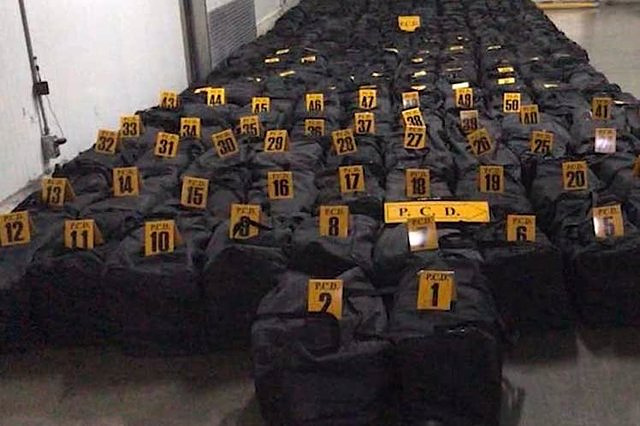 The Costa Rican Police have seized 2.5 tons of cocaine at a cargo terminal in Moín, in the province of Limón, on the Caribbean coast.

The Minister of Public Security, Jorge Torres, reported this Saturday that the agents discovered and seized a total of 2.5 tons of drugs in a fruit container that was supposed to leave for Belgium.

The portfolio, in a message on the social network Twitter, has celebrated the "accurate blows to drug trafficking", since it has explained that in a few hours it has also prevented "the transfer of more than three tons of marijuana".

"The police have weakened drug trafficking by seizing 5.5 tons of drugs in a matter of hours," reads the statement.

In 2020, the Costa Rican authorities confiscated in the same port in question about six tons of cocaine bound for the Netherlands, in what was the largest drug bust in the country, reports the dpa agency.

‹ ›
Keywords:
Costa RicaCocaína
Your comment has been forwarded to the administrator for approval.×
Warning! Will constitute a criminal offense, illegal, threatening, offensive, insulting and swearing, derogatory, defamatory, vulgar, pornographic, indecent, personality rights, damaging or similar nature in the nature of all kinds of financial content, legal, criminal and administrative responsibility for the content of the sender member / members are belong.
Related News