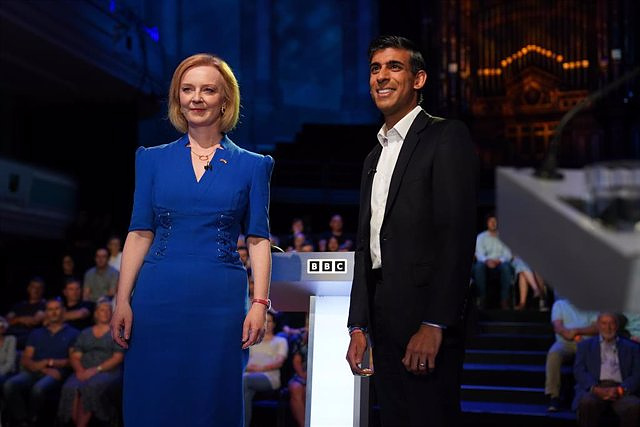 The start of the vote within the Conservative Party to elect its new leader has had to be delayed after the United Kingdom's National Cyber ​​Security Center has warned of the risk of cyber fraud being carried out, according to reported the British newspaper 'The Telegraph'.

The more than 160,000 electronic voting ballots that should have begun to reach members of the 'Tories' last Monday would not have even begun to be sent, which is why the Conservative Party has warned its militants that they could receive them in your mail by August 11 at the latest.

"Your ballot is now on its way, but it will arrive a little later than we originally said. Please don't worry. This is because we have taken some time to add some additional security to our voting process, which has delayed us a bit," said the UK government party in a message to its militants.

The decision has been made, as the aforementioned newspaper has learned, following advice from the National Center for Cyber ​​Security, which is part of the Government Communications Intelligence Headquarters (GCHQ, for its acronym in English).

The entity warned a few days ago about the intentions of "infamous actors" who could have changed the votes of dozens of party members, thus causing chaos in the democratic process.

The vote to elect the next leader of the Conservative Party began last Monday with the sending of the ballot papers that the members of the party should receive in their emails. The deadline to receive the votes back will be open until September 2, as detailed by the party on its website.

On September 5, it will be known who is the winner of the internal elections of the Conservative Party --which face the current Foreign Minister, Liz Truss, and the former Finance Minister, Rishi Sunak--. The winner will lead the 'tories' and, therefore, will become the next prime minister of the United Kingdom.

‹ ›
Keywords:
Reino UnidoCiberseguridad
Your comment has been forwarded to the administrator for approval.×
Warning! Will constitute a criminal offense, illegal, threatening, offensive, insulting and swearing, derogatory, defamatory, vulgar, pornographic, indecent, personality rights, damaging or similar nature in the nature of all kinds of financial content, legal, criminal and administrative responsibility for the content of the sender member / members are belong.
Related News