The agreement will be approved with the support of the PP, but United We Can still not advance its vote because it considers that the Alliance is "obsolete". 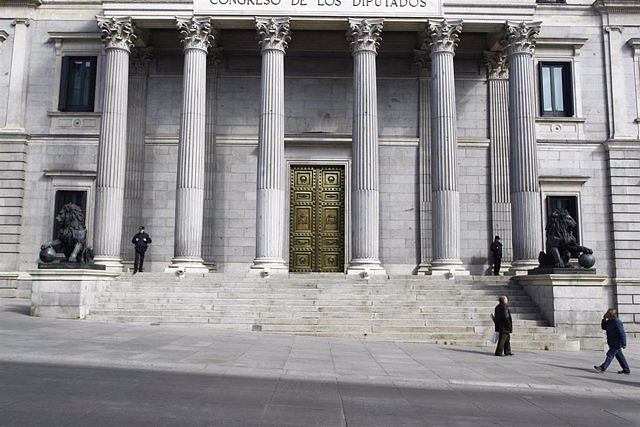 The agreement will be approved with the support of the PP, but United We Can still not advance its vote because it considers that the Alliance is "obsolete"

The Congress has already qualified the accession protocol of Sweden and Finland to the Atlantic Alliance and is going to process it through the urgent procedure with the idea of ​​being able to approve it in its first plenary session of the new course, scheduled for the week of September 14.

The two agreements, a protocol with each country signed at the Madrid Summit in July, were sent to Parliament in the Council of Ministers on August 1, but until last week they could not be qualified by the Congress Table, since that the two summer months are outside the ordinary period of sessions.

The first decision was to apply the urgent procedure that the Government had requested, which implies reducing all parliamentary deadlines by half. Specifically, it was agreed that the groups will have until Friday, September 9, to present proposals, which will be considered as amendments to the whole or to the articles, according to what parliamentary sources told Europa Press.

But, in addition, the forecast is that the accession protocols follow the path of direct processing and in a single reading, that is, they will only be discussed in plenary session of the Chamber, without going through a presentation or commission. This procedure must be endorsed by the Plenary, after hearing the Board of Spokespersons, but the Government assumes that it will have sufficient support.

Thus, the ratification of the NATO agreements by Congress is calculated for the week of September 13. Spain is one of the few countries in the Alliance that have not yet completed this parliamentary process, an essential requirement for effective incorporation of Sweden and Finland.

According to the latest balance from the United States Department of State, Slovenia was the twenty-first NATO member that gave its formal support, thus joining countries such as Germany, France, Italy, the United Kingdom or the United States, which have already processed entry into NATO of Swedes and Finns.

In Spain, it is taken for granted that the parliamentary vote will go ahead, although United We Can has avoided advancing whether it will give its support. For the moment, he has limited himself to commenting that NATO is an "obsolete" organization, although he has also said that he respects the decision made by the Nordic countries.

Ratification is the longest stage in the process of adhering to the military organization, with the bureaucratic procedure of all the allies who, in turn, have different validation systems and involve, in many cases, parliamentary votes.

Once all the members of the alliance and the candidates have approved these protocols, the next step takes them to Washington, where the documents are deposited with the United States Government, specifically with the State Department. It is not until all are delivered that the aspiring country becomes a member of NATO.

NATO Secretary General Jens Stoltenberg called for the process to be speeded up as much as possible in order to have rapid ratification, recognizing that the entire process will take months.

Although NATO has emphasized that the application for membership has been resolved favorably in 7 weeks, being the fastest entry process in the history of the Alliance, the truth is that when Sweden and Finland jointly applied to join NATO on On May 18, the Atlantic organization was betting that its accession would be even more agile and that it would be ready for the Madrid summit at the end of June, given the political closeness and military capacity of Sweden and Finland and the context of war in Ukraine.

‹ ›
Keywords:
SueciaFinlandiaOTAN
Your comment has been forwarded to the administrator for approval.×
Warning! Will constitute a criminal offense, illegal, threatening, offensive, insulting and swearing, derogatory, defamatory, vulgar, pornographic, indecent, personality rights, damaging or similar nature in the nature of all kinds of financial content, legal, criminal and administrative responsibility for the content of the sender member / members are belong.
Related News