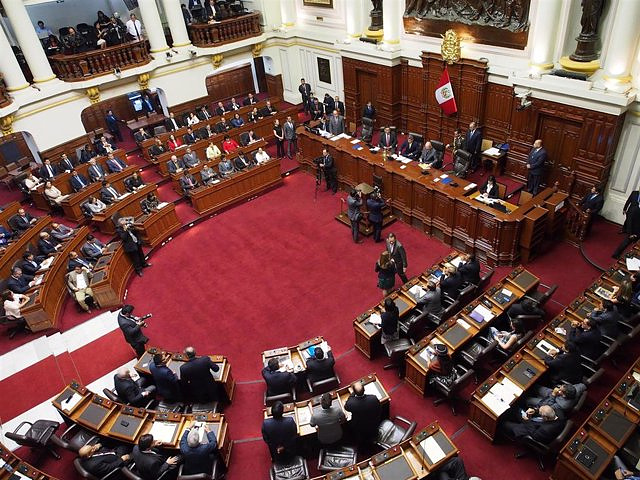 The plenary session of the Congress of Peru has approved this Wednesday to suspend for 120 days the parliamentarian Freddy Díaz Monago (without group), who has been accused of having raped a worker of the Chamber.

With 99 votes and 4 abstentions, the report of the Ethics Commission has been approved, which proposed imposing this sanction against Díaz Monago, as reported by 'Diario Correo'.

Such a document, which declares the complaint founded, has gone ahead after a debate of more than an hour.

Prior to its approval, the president of the Ethics Commission, Karol Paredes, had anticipated that a "forceful" report had been prepared to seek the support of the rest of the parliamentarians.

"We are guaranteeing total transparency throughout this process and, in addition, there is no favoritism for anyone because we believe that this type of case should not happen at any time because we are a benchmark at the level of citizenship," he declared, according to the RPP station.

‹ ›
Keywords:
PerúJosé Antonio Monago
Your comment has been forwarded to the administrator for approval.×
Warning! Will constitute a criminal offense, illegal, threatening, offensive, insulting and swearing, derogatory, defamatory, vulgar, pornographic, indecent, personality rights, damaging or similar nature in the nature of all kinds of financial content, legal, criminal and administrative responsibility for the content of the sender member / members are belong.
Related News