Calviño has already initiated contacts with the parliamentary groups (PSOE, UP and PNV) and plans to continue holding meetings next week. 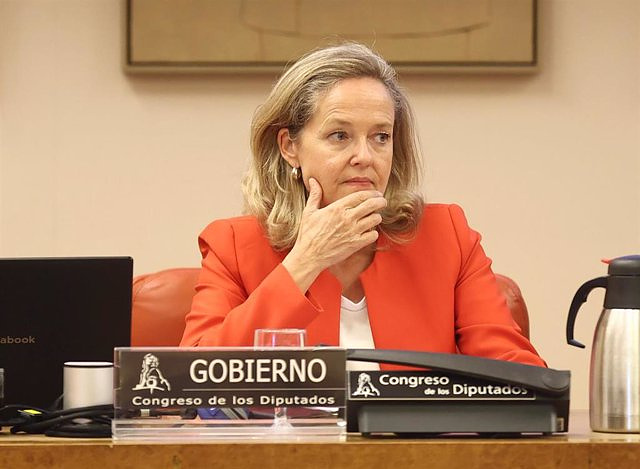 Calviño has already initiated contacts with the parliamentary groups (PSOE, UP and PNV) and plans to continue holding meetings next week

The presidents of the autonomous communities and cities will have until Thursday, September 15, to send their proposals to be included in the addendum to the Recovery Plan that the Government will present to the European Commission before the end of the year.

At the end of July, the First Vice President and Minister of Economic Affairs and Digital Transformation, Nadia Calviño, sent letters to the presidents of the governments of the autonomous communities and cities in order to encourage their participation in the preparation of this addendum and identify sectoral priorities and strategic projects.

The Executive intends to strengthen the impact of the Recovery Plan from 2023, so this addendum will include the reforms and investments that will be financed from the loans of the 'Next Generation EU' mechanism that correspond to Spain --84,000 million --, in addition to the 7,700 million euros of the complementary allocation of transfers.

In total, Spain has allocated approximately 160,000 million euros for public investments until 2026 between transfers and loans related to European 'Next Generation EU' funds.

Sources from the Ministry of Economic Affairs have confirmed to Europa Press that the forecast is that it will continue to meet with the parliamentary groups next week.

During his speech this week in the Committee on Economic Affairs and Digital Transformation of the Congress of Deputies, Calviño said that 66% of the 'Next Generation EU' funds budgeted for 2022 have already been authorized and the amount committed exceeds 53%, while more than 18,000 million euros have already been transferred to the autonomous communities to finance projects within the scope of their powers.

‹ ›
Keywords:
Comisión Europea
Your comment has been forwarded to the administrator for approval.×
Warning! Will constitute a criminal offense, illegal, threatening, offensive, insulting and swearing, derogatory, defamatory, vulgar, pornographic, indecent, personality rights, damaging or similar nature in the nature of all kinds of financial content, legal, criminal and administrative responsibility for the content of the sender member / members are belong.
Related News