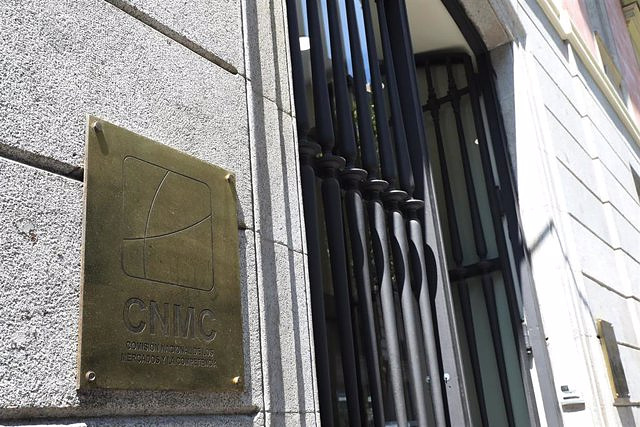 The National Commission of Markets and Competition (CNMC) has imposed fines for a total amount of 203.6 million euros to six of the main Spanish construction companies for having altered thousands of public tenders for building and civil works for 25 years of infrastructures. In addition, it has determined the prohibition to these companies to contract with the Administration.

The CNMC has explained that since 1992 these six companies met weekly and decided on the public contracts in which they were going to share technical work from their offers. In addition, they exchanged information about their strategy for presenting themselves to public tenders.

Among the thousands of affected tenders there are infrastructures of general interest such as hospitals, ports and airports and highways, according to the CNMC.

"These are practices whose effects have been especially harmful to society, since they affected thousands of tenders called by Spanish Public Administrations for the construction and building of infrastructures such as hospitals, ports and airports, roads, etc," underlines Competition.

Among the public administrations affected are basically those belonging to the field of development, including the Ministry of Development (current Ministry of Transport, Mobility and Urban Agenda) together with its dependent public business bodies and entities.

According to Competition, these behaviors constitute a very serious infringement of articles 1 of Law 15/2007, of July 3, on the Defense of Competition and 101 of the Treaty on the Functioning of the European Union.

THIS WAS THE MODUS OPERANDI OF THE PENALTIES

The body chaired by Cani Fernández explains that the 'modus operandi' of those sanctioned consisted of weekly meetings, which began in 1992, to analyze the public works tenders that had been published on different State contracting platforms.

In these meetings, the companies decided on the tenders in which they were going to share -among all or in a subgroup- part or all of the works that would make up the technical offers of the tenders. The works were commissioned jointly by the members of the group to external companies.

The companies could not modify the works generated jointly to present them in their offers without the knowledge and approval of the rest of the members of the group. The only customization allowed was the inclusion of logos and names of each company in the joint document "to give administrations an appearance of independence in the presentation of offers," describes the CNMC.

These six companies developed complex operating rules that evolved during the time that this irregular conduct lasted, adds Competition.

In addition, in the weekly meetings, the companies exchanged sensitive commercial information (different from that necessary to share the work), such as, for example, their intention to participate or not in tenders, or the intention to form UTEs (Temporary Union of Companies) and the members that would integrate them.

In the case of building and civil works contracts for infrastructures of general interest (hospitals, highways, airports, etc.), the technical offer was on many occasions the most important competitive variable during the period investigated. According to the CNMC, this reached 70% of the contest score, compared to 30% corresponding to the economic score.

The jobs shared by the construction companies were always scored by the administration as part of the technical offer. In some cases, around 5%, the companies came to share the bidding project that they were going to present to the Administration.

"The fact of sharing the technical offers and the exchange of information between bidders violate the duties of sole proposal and secrecy of the proposals and eliminate the independence required of companies in public procurement procedures," says the CNMC.

The agency indicates that the companies dissolved the group in 2017 and expressly stated that these agreements could be contrary to the rules of the Defense of Competition.

The sanctioned collusive agreements resulted in a lower variety and quality of the technical offers presented by the companies to the contracting Administration, warns Competition.

The behaviors also produced effects on the competing companies, which took part in the public contracts at a competitive disadvantage compared to the companies in this group, since they had to undertake a higher cost for the preparation of the technical proposals.

In addition, by not having the same strategic information as the companies that formed this group, the terms of fair competition among all the bidders were altered, affirms the CNMC.

"The aggregate effect that collusion practices had on competition must be taken into account, due to the large number of works in which there were shared works between companies of this group, the high amount that said works entailed and the prolonged duration in time of the practices", adds the organism.

The sanctioned anticompetitive behaviors lasted beyond the date of entry into force of the prohibition of contracting (October 22, 2015), for which Competition has sent the resolution to the Consultative Board of Public Procurement so that it determines its duration and scope. .

The CNMC recalls that a contentious-administrative appeal may be filed directly against these resolutions before the National High Court within two months from the day following their notification.