At least 16 people -- 14 Palestinians and two Israeli soldiers -- have been injured as a result of renewed clashes this Saturday between Israel and the Islamic Jihad terrorist organization, according to the latest balance sheet from both sides. 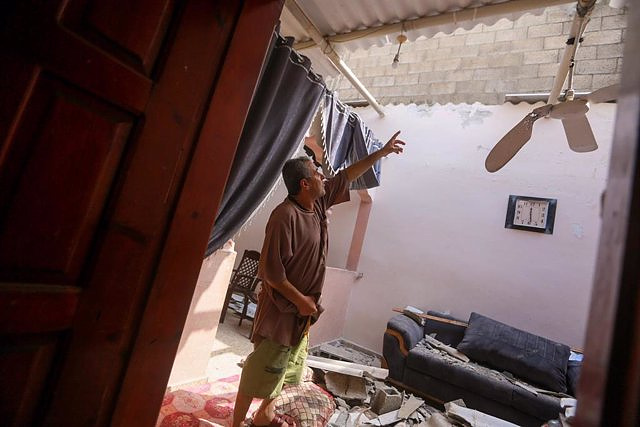 At least 16 people -- 14 Palestinians and two Israeli soldiers -- have been injured as a result of renewed clashes this Saturday between Israel and the Islamic Jihad terrorist organization, according to the latest balance sheet from both sides.

The Israeli Army has confirmed two soldiers slightly injured as a result of the impact of a rocket in Nirim. The two soldiers have shrapnel wounds but their lives are not in danger.

Israel is currently maintaining military activity in various parts of the Palestinian enclave and has reported the first sighting of an explosive drone through the Strip, a common tool of the militias.

For its part, the official Palestinian news agency Wafa reports that 14 Palestinians were injured, including women and children, during the latest Israeli bombardments in Gaza, especially in the governorate of Khan Younis, in the south of the enclave.

The provisional balance of Palestinian deaths is 12 people, including a five-year-old girl, after confirming the last deceased late on Friday in an attack precisely on this governorate. The number of injured exceeds 80, including 23 children and 13 women.

Israel, for its part, has already recorded at least three injured and a dozen treated for anxiety attacks and bruises during their flight to shelters due to attacks by Palestinian militias.

In a final statement issued this Saturday, the Al Quds brigades, the military wing of Islamic Jihad, has reported for its part that it has already launched 60 rockets since the beginning of this day against the international airport of Ben Gurion, Bersheva, Ashkelon and Netivot.

"We have launched a campaign against Israeli aggression and Islamic Jihad fighters are prepared to continue the war," the organization warned in a statement picked up by Israeli media.