The Civil Guard blames the ETA leadership for the Santa Pola attack: "They could have prevented the outcome"

He maintains in his report that the Argala commando "did not materialize" the attack "on its own initiative", but rather following his orders. 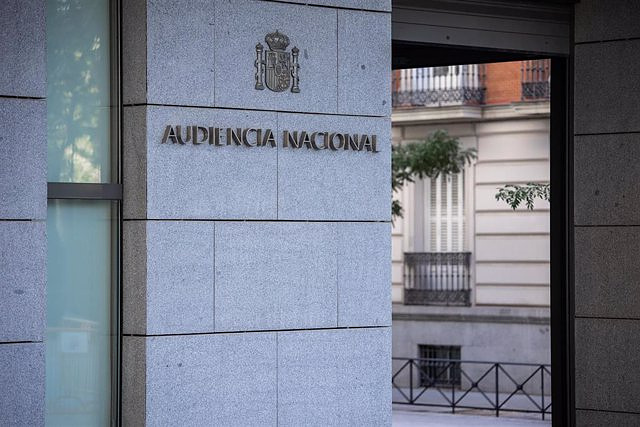 He maintains in his report that the Argala commando "did not materialize" the attack "on its own initiative", but rather following his orders.

The Civil Guard has blamed the six former heads of ETA who made up the Executive Committee of the gang for the attack that the organization perpetrated on August 4, 2002 and which ended the life of a 57-year-old man in Santa Pola (Alicante). of a six-year-old girl, the daughter of an agent of the Benemérita.

In a 312-page report sent to the Central Court of Instruction Number 6, and to which Europa Press has had access, the Armed Institute maintains that the 'ZUBA' - the leadership of ETA_could "have avoided the outcome" by valuing the "position of command that they held within the terrorist organization and their broad capacity for action".

All of them were charged last July by the instructor, Manuel García Castellón, considering that they were at the top of the gang's ranks when the attack was committed. It was precisely the judge who asked the Civil Guard to prepare this report, which delves into the functions performed by each of those investigated.

In this sense, the agents make it clear that "the decision to carry out the attack against the Santa Pola barracks could not be made by a specific or isolated member" of the Executive Committee, "but it should have required consensus and making a collegiate decision by all the members".

"The scope, repercussion and consequences of a terrorist action such as the one committed against the aforementioned barracks, which was inhabited not only by Civil Guard agents, but also by their respective families (including minors), so required ", they maintain.

Thus, the report highlights that all of them were "fully aware of the intention to blow up the Santa Pola Civil Guard barracks, not only because they surely decided, planned and ordered the action, but also because they took responsibility for their materialization through a means of social communication shortly after carrying it out and the elaboration of the statement justifying the terrorist action".

The now former leaders of the gang, the Civil Guard points out, were at that time "fully aware that they had the means at their disposal to put an end to this situation and its possible final result: the death of innocent people."

The agents also highlight the fact that, according to the conviction of the National High Court, the perpetrators of the attack, Oscar Celarain and Andoni Otegui, committed the terrorist action by using a vehicle and an explosive charge (even reinforced) that it was provided by those responsible in France, knowingly and following the instructions received from the ETA "management".

The ruling sentenced 'Iosu' and 'Peio', both members of the Argala commando, to 843 years in prison in 2012, considering it proven "without any doubt" that they were the perpetrators of the Santa Pola attack.

Despite the fact that they were the executing arm, the Civil Guard explains that "it is considered quite unlikely that a terrorist action by the entity carried out" in Santa Pola "was materialized by the Argala command without a prior decision being made. and prior planning, as well as concrete and specific orders, emanating from the main management structure of ETA".

"The members of the Executive Committee of ETA, of its ZUBA, did not carry out any act so that the members of the Argala commando did not plant the car-bomb against the Santa Pola barracks, having been able to do so due to their leadership capacity within the organization , its main devices and its commands," the report added.

And it is that, he continues, the aforementioned command "did not carry out the attack on its own initiative, but rather carried it out following the orders and with the express authorization of their superiors, the members" of the ZUBA, "who also provided them with the material means ( the explosives and the vehicle used as a car bomb) to carry it out".

In its report, the Civil Guard also spells out what the functions of the six defendants were. 'Mikel Antza', he points out, was responsible for the band's political apparatus, in charge of drawing up the political and ideological guidelines that would later be projected towards all the militants.

'Juanvi' and 'Olga', who were arrested eight days before the attack, until that date were responsible for the military apparatus. They were in charge of "pointing out or determining the potential targets on which the members of the commandos had to carry out terrorist actions, and of providing the necessary means to carry them out, including the command's equipment," says the Armed Institute .

'Navarro', for his part, would have participated as head of the logistics apparatus "in making the decision and issuing the necessary orders to facilitate the means used by the Argala commando" to carry out the attack in Santa Pola. The Civil Guard also indicates in the same sense to 'Ramontxo', responsible for the international apparatus of the band.

The magistrate, who received this report on September 26, takes this Monday a statement by videoconference from the six former ETA chiefs whom he charged last July, when he already agreed to call them to court.

In March, the magistrate reopened the investigation into the attack on the Santa Pola barracks house and urged the Civil Guard and the National Police to send him all the information on the members of the ETA leadership at the time of the events. . The Court agreed to open preliminary proceedings after the complaint filed by the Dignity and Justice Association (DyJ) against the six heads of the terrorist group that allegedly made up the ZUBA at the time.

García Castellón justified his decision by the existence of "new elements or circumstances to assess" that may be "directly linked to the initial facts that motivated" the opening of the criminal proceeding. "In the present case, that connection or relationship is evident, taking into account the factual circumstances expressed in the facts of this resolution, as well as the police investigation proceedings that were presented (and were provided at the time) to initiate the criminal case. ", assured in a car.

‹ ›
Keywords:
Guardia CivilETATerrorismo
Your comment has been forwarded to the administrator for approval.×
Warning! Will constitute a criminal offense, illegal, threatening, offensive, insulting and swearing, derogatory, defamatory, vulgar, pornographic, indecent, personality rights, damaging or similar nature in the nature of all kinds of financial content, legal, criminal and administrative responsibility for the content of the sender member / members are belong.
Related News