It remains to finish analyzing the content of some 600 computer devices provided by France. 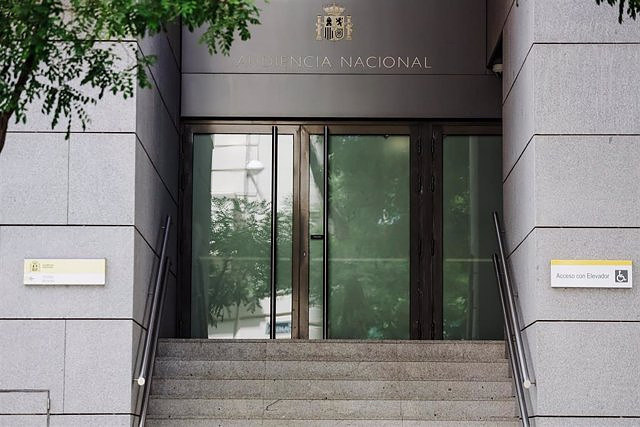 The Civil Guard has sent to the National Court (AN), in the absence of transferring all the requested documentation, a series of reports prepared by the armed institute on the murder of Miguel Ángel Blanco and the kidnapping of José Antonio Ortega Lara at the hands of ETA and by which Judge Alejando Abascal had been interested to incorporate them into the summary in which the alleged participation of the leadership of the terrorist group in the murder, in 1995, of the Popular Party councilor Gregorio Ordóñez is being investigated.

In an official letter collected by Europa Press, the Benemérita informs the head of the Central Court of Instruction Number 1 of the material that she provides, specifically five reports made between the years 2001 and 2020. Of course, she also informs him that she still has to send you the content of the computer devices that contain "138 seals", the French judicial precincts intervened in the framework of the arrest in France, in 2004, of the ETA leader Miguel Albisu Iriarte, alias 'Mikel Antza'.

"These tasks, due to the significant volume of devices to be analyzed, will take time, although they will try to speed up the aforementioned tasks as much as possible," says the Civil Guard.

A job, the armed institute explains in its official letter, which requires carrying out different operations of "opening, digitization, photographing, entry and description in an AGMINT database" and preparing a specific record of the treatment of each stamp.

These tasks, he adds in the official letter, "are currently being carried out and have involved a considerable effort in terms of time and dedication due to the significant volume of devices".

According to the Civil Guard, there are around 600 devices and the treatment tasks are close to completion, although the analysis of data related to the murder of Ordóñez has yet to be carried out, such as minutes of meetings of the executive committee of ETA, ZUBA, in close dates in case they had treated the attack, perpetrated on January 23, 1995 in San Sebastián.

In a July order, Judge Abascal agreed to continue investigating for six more months and pointed out that he still has to collect information from the French authorities on the status of the processing of the European surrender orders issued against Javier Arizcuren, alias 'Kantauri', Julián Achurra Egurola, 'Pototo' and Juan Luis Aguirre Lete, 'Isuntza', some of the ETA leaders who appear in the Civil Guard reports.

It is, the magistrate pointed out, a procedural requirement "to be able to hear them testify as being investigated" in this case, in which the magistrate of the National High Court has already taken statements from other former heads of the terrorist group: Mikel Albisu, ' Mikel Antza', and Ignacio Miguel Gracia Arregui, 'Iñaki de Rentería'.

The instructor recalled that he is still waiting to receive the intelligence report from the Meritorious that he required in February of this year. Specifically, he asked the agents to locate and analyze the documentation held by members of ETA related to the minutes of the ZUBA meeting on dates immediately before, simultaneously with and after the murder of Ordóñez.

The judge agreed to continue with the investigations until January 2023 as a result of the request of both the widow and the son of the PP councilor and the Dignity and Justice Association, accusations that urged the magistrate to go to France to question the three former ETA chiefs who have not appeared in this case.

The AN has already condemned Juan Ramón Carasatorre, nicknamed 'Jon' and 'Zapata', Javier García Gaztelu, 'Txapote', and Valentín Lasarte as material authors of the attack committed against the Basque councilman, who was shot when he was having lunch in a bar in the capital of San Sebastian in the company of the then secretary of the Popular Group, María San Gil, and two other collaborators.

The investigation of this attack was resumed in 2015, when the facts were close to statute of limitations, at the request of a complaint filed by Consuelo Ordóñez, sister of the assassinated councilor and current president of the Collective of Victims of Terrorism (Covite), so that she could be identified and judge the 'masterminds' of this crime.

The intelligence reports that the Civil Guard then made allowed the previous head of said court, Judge Santiago Pedraz, to attribute the intellectual authorship of the murder to 'Iñaki de Rentería', 'Mikel Antza', 'Pototo', 'Kantauri' and ' Insuntza'.

'Mikel Antza' declared before Abascal last December by videoconference from Donosti to deny his participation in the events and attribute the evidence against him to alleged torture of Basque prisoners. For his part, 'Iñaki de Rentería' refused to testify before the AN judge in February and only spoke to deny his involvement as the intellectual author of Ordóñez's death.

‹ ›
Keywords:
Audiencia NacionalGuardia CivilETATerrorismoPPSecuestroCrímenes
Your comment has been forwarded to the administrator for approval.×
Warning! Will constitute a criminal offense, illegal, threatening, offensive, insulting and swearing, derogatory, defamatory, vulgar, pornographic, indecent, personality rights, damaging or similar nature in the nature of all kinds of financial content, legal, criminal and administrative responsibility for the content of the sender member / members are belong.
Related News