The conservative wing will propose agreeing on the "rules of the game" before debating the candidates for the Constitutional. 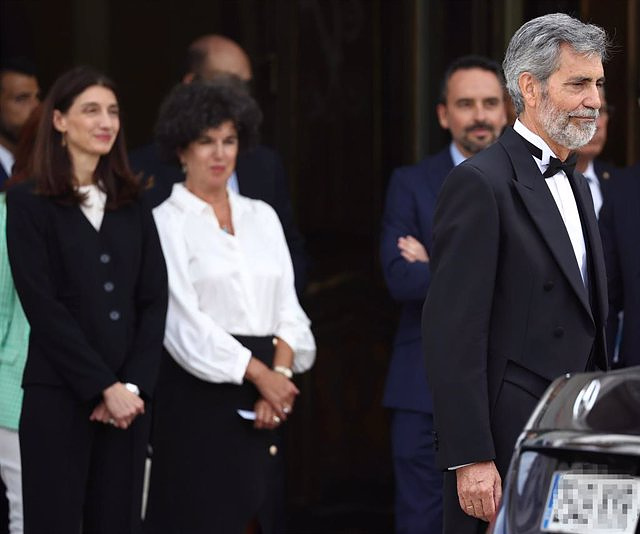 The General Council of the Judiciary (CGPJ) celebrates this Thursday an extraordinary plenary session convened by its president, Carlos Lesmes, with the aim of appointing the two magistrates of the Constitutional Court (TC) that correspond to it, although it is most likely that the tomorrow's meeting serves to set the procedure without reaching an agreement on the candidates, which would make it difficult to meet the deadline of September 13 established by the latest reform promoted by the Government.

Lesmes convened this Plenary in July, urging the 18 members that currently comprise it to reach an agreement on the two people that the CGPJ must propose to replace the four TC magistrates whose mandate expired on June 12.

The intention was to arrive on time for next Tuesday, September 13, which is the deadline set in the legal reform that returned its powers to the CGPJ but only to undertake that renewal of the court of guarantees.

Said reform, which in turn amended the one operated in March 2021 to prevent an expired CGPJ --like the current one-- from making discretionary appointments in the judicial leadership, has generated a broad "disaffection" in the governing body of the judges , as Lesmes publicly acknowledged last Monday.

The discomfort among the conservative sector reached such heights that some of its members had raised the possibility of not reaching any agreement on the Constitutional Court, thus blocking its partial renewal, as a way of increasing the pressure to achieve a new CGPJ, since this expired in December 2018.

However, Lesmes warned on Monday that he would not consent to "a CGPJ in absentia", emphasizing again that the appointment of these two magistrates of the TC is an obligation that the Constitution imposes on the Council.

During the speech with which he inaugurated the 2022-2023 judicial year on Wednesday, the head of the Judiciary reiterated that "the Constitution, as the highest expression of national sovereignty, contains a set of mandatory legal mandates."

Thus, on Tuesday night the so-called conservative sector met to reach the plenary session this Thursday with a common position that goes through "defending institutionality in any case", which implies reaching "duly consensual agreements", according to sources familiar with the meeting informed Europa Press.

In this way, the two candidates for the TC were opened to agree, although with some conditions: first establish the "rules of the game" - how to proceed for the proposal and the vote - and respect "the Council's decision times".

The sources consulted explain that it is an offer that they will make to the so-called progressive sector. If accepted, the agreement on the 'modus operandi' would be sealed with a simple majority.

Lesmes ratified on Wednesday, in declarations to the press, that the main aspiration of this plenary session is to elaborate this 'protocol' on which to be able to advance towards the appointment of the two candidates of the TC.

All in all, the threat of the blockade seems to have dissipated, although sources from the judges' body stress that it will be difficult to reach September 13 with the appointments made, something that Lesmes has also pointed out in his statements.

The main difficulty is that a three-fifths majority is required to appoint the two candidates to the court of guarantees, which is equivalent to twelve favorable votes, a figure that, given the current composition of the CGPJ, requires the support of several conservatives.

In any case, Lesmes has been optimistic, trusting that the CGPJ complies with the TC, even outside the legal deadline set. According to his forecasts, it should not be delayed beyond September.

The underlying problem is that if the Council does not propose its two magistrates, it is not clear that the Constitutional can be renewed. The Magna Carta indicates that the TC must be renewed by thirds and the one that expired on June 12 is the third that corresponds to the CGPJ and the Government. The legal sources asked by this news agency cast doubt on the legal possibility that the two appointed by the Executive can take office without the participation of the other half: the CGPJ.

Lesmes has set himself the task of leaving the appointments of the TC at least on track before adopting measures to force the renewal of the governing body of the judges, which faces its fourth judicial year with the mandate expired.

The president of the CGPJ has warned that he is considering resigning if there is no agreement between the PSOE and the PP to constitute a new CGPJ. However, he has clarified that, at the moment, it is only an option, not a decision made.

At the same time, he has emphasized that he will not wait "months" to take it, but only "weeks." From within the CGPJ they have received this announcement with skepticism, considering that it is a pressure measure that they hope will work.