The BOE publishes the express reform to unlock the renewal of the TC, which comes into force tomorrow

The rule sets September 13 as the maximum deadline for the CGPJ to name its two candidates for the TC. 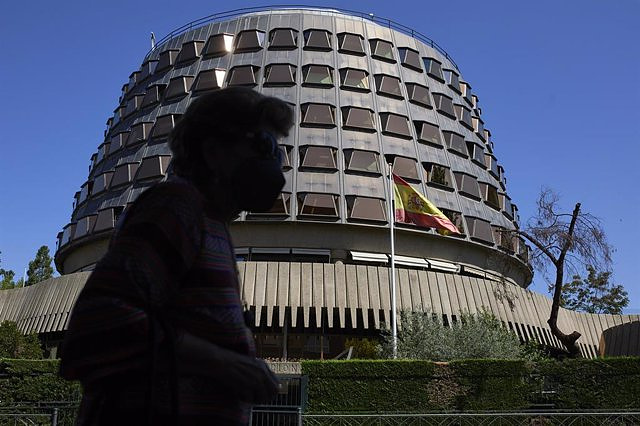 The Official State Gazette (BOE) has published this Thursday the reform of the Organic Law of the Judiciary (LOPJ) so that the General Council of the Judiciary (CGPJ) can appoint its two magistrates for the renewal of the Constitutional Court ( CT).

In this way, this legislative reform will enter into force tomorrow after the express processing is approved in the two legislative chambers (Congress and Senate), according to the resolution.

The PSOE introduced this reform on June 24 with the aim of partially amending the LOPJ reform approved in March 2021 at the initiative of the Government and which prevented the CGPJ from making discretionary appointments in the judicial leadership while its mandate had expired, a situation in which it has been maintained since December 2018.

This limitation of functions has prevented the CGPJ from appointing two of the four candidates who must replace the four magistrates of the TC who saw their mandate expire on June 12, since it is the third that corresponds to appoint in equal parts the Government and to the body of judges, with two applicants each.

"To avoid this situation, which can cause difficulties in the renewal of the constitutional bodies, article 570 bis of the Organic Law of the Judiciary must be modified, in order to introduce among the powers conferred on the CGPJ in office that of appointing the two magistrates of the TC that, in the terms provided in article 599 of the same norm, corresponds to him to appoint", reads the explanatory statement prepared by the socialists.

In addition, the reform includes a point, through a partial amendment presented 'in extremis' by the PSOE to its own proposal, which sets September 13 as the deadline for the CGPJ to appoint its two candidates to the TC.

The regulation begins its journey with the resignation formalized yesterday by the magistrate of the TC Alfredo Montoya for health reasons. Montoya, who had been dragging health problems for months. The jurist was appointed, at the proposal of the Senate, in 2017 and was considered one of the conservative magistrates of the court of guarantees.

However, his resignation does not compromise the balance between progressives and conservatives, and it occurs before the CGPJ holds an extraordinary plenary session on September 8 to agree on the name of the two candidates for the High Court.

Yesterday, the Minister of the Presidency, Félix Bolaños, urged the PP to stop "breaching" the Magna Carta and "hindering" the renewal of the judicial bodies, precisely as a result of the departure of this magistrate from the Constitutional Court.