The BOE includes the entry into force of the new self-employed contribution system on January 1, 2023 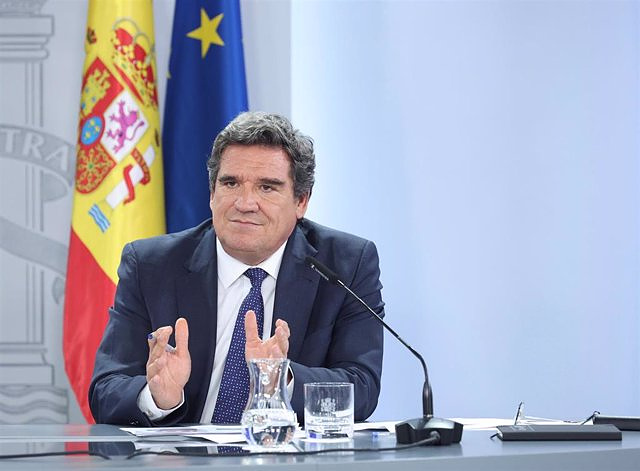 The Official State Gazette (BOE) collects this Wednesday the royal decree-law approved yesterday in the Council of Ministers establishing a new contribution system for self-employed workers, which will come into force on January 1, 2023.

It is a new contribution system for the self-employed based on real income, which will have a transition period of nine years, until 2032, and will begin to be applied from January 2023, with 15 quota tranches that will start at 230 euros up to 500 euros and will vary until 2025, depending on the net income of self-employed workers.

After months of negotiation between the Ministry of Inclusion, Social Security and Migration and the three main associations, the minister of this portfolio, José Luis Escrivá, took this 64-page royal decree-law to the Council of Ministers, the result of the agreement with the representatives of the self-employed.

The new contribution system for real income will put an end to the "great anomaly" of the current regime, as Escrivá has described it, and will comply with recommendations 4 and 5 of the Toledo Pact, as well as with component 30 of the Recovery Plan, Transformation and Resilience (PRTR).

The Minister of Inclusion, Social Security and Migration has insisted that the future regime goes beyond the implementation of a contribution system based on real income, since it also intends to improve the pensions of self-employed workers, which until now were a 43% lower than those of wage earners, and guarantee their social benefits.

This difference between the pensions of the self-employed and employees, of about 600 euros per month, is due to the fact that 84% of those affiliated to the Special Scheme for Self-Employed Workers (RETA) contribute for the minimum base, of about 300 euros, and it affects your retirement, according to Social Security data.

The self-employed will have the possibility of changing sections every two months, with a total of six changes per year, to adapt their contribution to the income forecasts at each time of the year and their professional activity.

While in the lower yield brackets the fee also decreases between 2023 and 2025, from net yields above 1,700 euros, the fee increases throughout those three years.

The additional provisions of the royal decree-law specify that, after those three years, the partners will have to agree on the tranches for the coming years, until 2032.

The new system also attends to another of the requests of the self-employed, the deduction of expenses that are difficult to justify, among which Social Security gives the example of computers, the rental of premises or the purchase of supplies. This deduction will be 7% for the self-employed and 3% for self-employed companies.

In this way, a self-employed person who presents an average income of 900 euros and expenses for the exercise of his activity of 185 euros will have net income of 715 euros, the result of the subtraction of income and expenses. From that amount, 7%, equivalent to 50.05 euros, may be deducted. The final net returns would be 664.95 euros (715-50.05), so the self-employed would pay a fee of 230 euros per month, being within the first tranche, with returns equal to or less than 670 euros.

After that period, this reduced quota will only be extended for the self-employed who have not managed to get their income off the ground and remain below the Minimum Interprofessional Salary (SMI). For the rest, the fee corresponding to their contribution bracket will be applied according to their net income.

Sources from the Ministry of Inclusion, Social Security and Migration have indicated that the reduced quota for the start of activity is universal and general, and its existence will remain as part of the new system and will not be exclusive to the transitional period of nine years.

Social Security has pointed out that the current benefit system did not meet its qualitative or quantitative objectives. In 2019, less than 1,500 workers had access to the benefit for cessation of activity for the group of self-employed workers.

Within the partial cessation, this figure is established for the self-employed with workers, for the self-employed without workers and due to force majeure. None of them will demand to unsubscribe from the RETA or the closure of the establishment. The benefit will be the equivalent of 50% of the regulatory base and will be compatible with another activity, for a period of between four months and two years.

As for the RED Mechanism, in the case of the cyclical it must be approved by the Council of Ministers in the face of an unfavorable general macroeconomic situation. To qualify for this benefit, the self-employed person must present a drop in income of 75%, income not exceeding the Minimum Interprofessional Salary (SMI) and affecting 75% of the workforce. The cyclical Red Mechanism offers a benefit of 50% of the regulatory base for up to one year, does not require cessation of activity and a payment of 50% of the contribution.

The sectoral RED Mechanism will also have to be approved by the Council of Ministers when there are permanent changes in a sector that generate requalification and professional transition needs. The requirements will be a drop in income of 50% or 75% if there are no workers, income may not exceed the SMI, 75% of the workforce will be affected and an investment project and retraining plan must be in place. The protection offered by this mechanism is the single payment of 70% of the regulatory base and the payment of 50% of the contribution.