The big bank earns 3,739 million for its activities in Spain in the first semester, 36% more 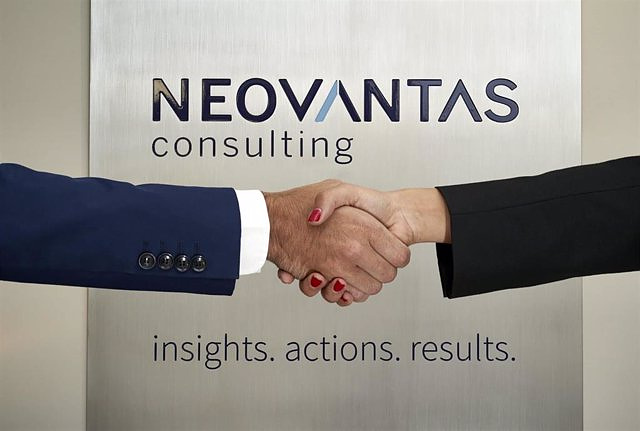 The large bank earned 3,739 million euros for its activities in Spain in the first half of the year, 36% more than in 2021, without taking into account the capital gains from the merger by absorption of Bankia by CaixaBank and the exit to Bolsa de Línea Directa, which led to the spin-off of the insurer from Bankinter.

These figures have been collected by Neovantas in its report on the results of the first half of Santander Spain, BBVA Spain, CaixaBank Spain, Sabadell Spain, Unicaja Banco and Bankinter. The firm has explained that the increase in profits is caused by the increase in the interest margin, of 9.9% over the same period of 2021, of commissions (20.8%), and by the decrease in expenses from operations, which fell 12.4%, and due to lower provisions (-133.4%).

In this regard, of the six large banks, CaixaBank stands out, which has obtained an increase in its recurring income of 15.9% in the first half of the year compared to the same period of 2021, some 4,767 million euros, due in part to the profitability of its products (funds, savings insurance and deposits).

Neovantas has explained, however, that this data does not take into account the result generated by Bankia prior to the merger in 2021, nor the extraordinary items associated with this merger. Two other banks that stand out in the positive field have been Santander, with an increase in revenue of 7.8%, and Bankinter, with a year-on-year increase of 7.2%.

Despite these good results, Neovantas has indicated that the situation in the short and medium term for the large Spanish banks is "uncertain", given the continuity of the conflict in Ukraine due to the Russian invasion, which implies a "redefinition" of the geopolitical panorama that is impacting economically in all markets.

The firm has explained that "galloping" inflation worldwide "is going to lead to a certain economic recession" and will force central banks to raise interest rates. In this sense, the president of Neovantas, José Luis Cortina, has underlined the importance of observing the "virulence" of the situation and how it impacts Spain, its internal consumption and the payment of debts, with the "corresponding increase in delinquency ".

"This is going to cause the large Spanish banks to make greater provisions, as the American banks are already doing, and it will be reflected in a drop in their profits. To which is added the new tax that the Government is going to apply to financial entities . A setback for these ", said Cortina.

"With all this, we will see if the big banks will be able to continue being a relevant lever of the national economy in the short-medium term as it has been during the difficult period of the pandemic," he added.

However, the Neovantas report contemplates a "hopeful horizon" for the sector in the long term, in which the valuations of Spanish banks on the stock market "will be relaunched", compared to the current situation in which prices are "well above below their book values.

To explain these better prospects, the firm has highlighted that there are reasons of a "structural" nature, such as the restructuring processes carried out by the entities, although the consultant does not rule out further cost reductions. In addition, banks are advancing in the design and implementation of a sustainable and profitable banking model, which is characterized by 'omnichannel' and the exploitation of structured and unstructured data (texts, audios and images).

He has also highlighted that competition is "beginning to sort itself out", above all, with regulations for fintechs. In this sense, he points out that the sources of financing for these companies are "reducing" in light of the current macroeconomic circumstances, which is why they are carrying out "drastic measures" of restructuring to the detriment of the exponential growth that has been taking place in recent years.

With regard to non-performing loans, the ratio of doubtful loans stood at 4.18% last May, compared to 4.55% marked in 2021. This implies that the loans "are being paid without special difficulties ", although Neovantas has indicated that supervisors are warning of a "more than possible increase in arrears" as a result of lower growth and greater difficulties for companies and individuals to pay.

"However, except Unicaja Banco, with an increase of 9.5%, all banks have reduced their delinquency rate in recent months," explained the firm.

‹ ›
Keywords:
Banco SantanderBankiaBankinterBanco SabadellBBVAUnicajaSector FinancieroCaixabankLínea DirectaCorporate Y M&A
Your comment has been forwarded to the administrator for approval.×
Warning! Will constitute a criminal offense, illegal, threatening, offensive, insulting and swearing, derogatory, defamatory, vulgar, pornographic, indecent, personality rights, damaging or similar nature in the nature of all kinds of financial content, legal, criminal and administrative responsibility for the content of the sender member / members are belong.
Related News