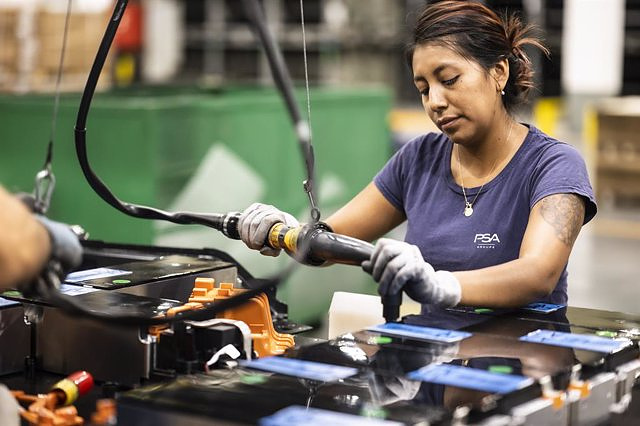 The Spanish automotive industry --manufacturers of automobiles, motorcycles and components-- posted a trade surplus of 378.7 million euros in July, a 59.9% decrease if compared to the 945.4 million in the same month of 2021, according to data from the Ministry of Industry, Commerce and Tourism.

The sharp decline in the sector's trade balance is mainly due to the sharp rise in imports, which increased by 19.3% in July, to 2,821 million euros.

Exports, meanwhile, stood at 3,200 million euros during the seventh month of the current year, which translates into a decrease of 3.4% in comparison with the same month of the previous year.

The motorcycle and automobile manufacturing industry recorded a trade surplus of 942.7 million euros in July, which represents a year-on-year reduction of 39%, while the auxiliary industry posted a trade deficit of 564 million euros, 28 .7% increase.

Between January and July, car and motorcycle manufacturers posted a trade surplus of 7,855 million euros, a 16.5% increase, while the deficit of the components industry reached 4,379 million euros, 0.3% of progression.

‹ ›
Keywords:
Ministerio De Industria
Your comment has been forwarded to the administrator for approval.×
Warning! Will constitute a criminal offense, illegal, threatening, offensive, insulting and swearing, derogatory, defamatory, vulgar, pornographic, indecent, personality rights, damaging or similar nature in the nature of all kinds of financial content, legal, criminal and administrative responsibility for the content of the sender member / members are belong.
Related News