The Argentine Police detains the partner of Kirchner's attacker, after the summary secret decree 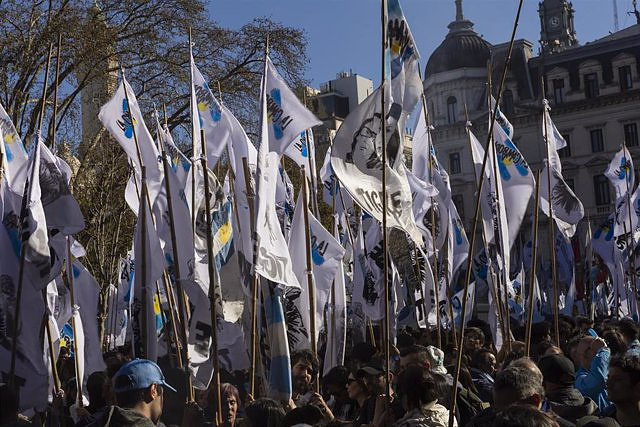 The Federal Police of Argentina has arrested on Sunday night the partner of Fernando Sabag Montiel, the man who tried to kill Vice President Cristina Fernández de Kirchner.

Agents from the Antiterrorist Investigation Unit Department have arrested Brenda Elizabeth Uliarte, 23, by order of the judge in charge of the case, María Eugenia Capuchetti, after the investigation determined that she was with Sabag Montiel at the scene of the incident.

The authorities have arrested the person under investigation at the Palermo Ferrocarril San Martín station in Buenos Aires, according to what the Télam news agency has learned.

Capuchetti has decreed the secrecy of the summary on Sunday afternoon, after taking statements from a friend of the attacker and the Police technicians who tried to unlock the mobile phone of the investigated.

The "acquaintance" of the accused, Mario Bongarelli, has sworn under oath to believe him "capable of committing the act", after being asked about the authorship of the crime.

Judicial sources reported on Saturday that Sabag Montiel's phone would have been blocked in attempts by the Police to extract information. According to local media reports, the message "factory reset phone" would have appeared on the mobile screen, so the Justice could lose a key piece of evidence.

Subsequently, the judge and the prosecutor, Carlos Rívolo, have analyzed the security cameras in the area, which is why they have decreed the secrecy of the summary. Justice's hypothesis is that Sabag Montiel did not act alone.