But it rejects Iglesias' request to find out if the DAO was investigating Podemos or its leaders. 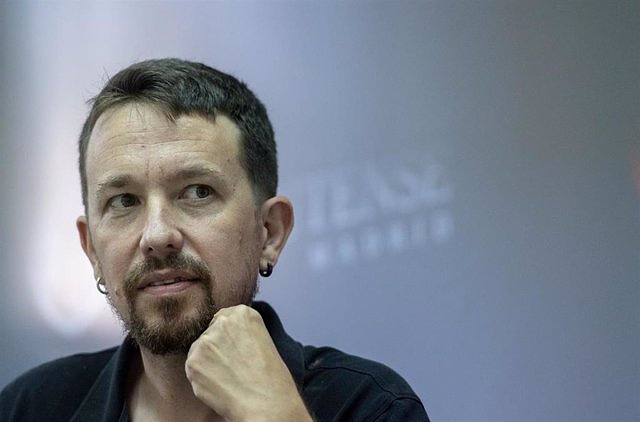 The Criminal Chamber of the National High Court (AN) has partially upheld the appeal filed by the former Vice President of the Government and former leader of Podemos, Pablo Iglesias, ordering the reopening of the investigation of the so-called 'Dina case' to clarify whether the leadership police was involved to some extent in the theft of the mobile phone in 2015 of the then adviser to Iglesias and in the subsequent dissemination of its content.

In an order this Wednesday, to which Europa Press has had access, the Third Section orders the head of the Central Court of Instruction Number 6, Manuel García Castellón, to resume the investigation of this separate piece of the 'Villarejo case', granting him an extension of two months.

Thus, it revokes the resolutions by which the magistrate agreed to put an end to the investigations on January 29, considering that they had reached a dead end, after computer experts from the National Police determined that the damage suffered by the mobile phone card de Bousselham made it impossible to find out who caused the damage and when.

Iglesias appealed this decision, estimating that it was a false closure of the case because it had not been delved into whether the theft of the former 'dwelling' adviser's mobile could be due to a kind of 'Operation Kitchen' - the alleged parapolice espionage to the former treasurer of the PP Luis Bárcenas to steal all the sensitive information he might have about the party and its leaders--.

The former 'number two' of the Executive warned in his appeal that the theft of the telephone of his then adviser could have had a "political motive", "taking into account the existence of the PISA report", and that the alleged commission could have fell on the "'patriotic police', illegal services but carried out with police forces and means".

As the Criminal Chamber recalls, Iglesias requested to continue the investigations to "clarify whether the theft of the telephone denounced by Bousselham, whose contents were seized from Villarejo, was carried out on his initiative or as a result of an order that was given to him by some superior, within the framework of an operation carried out by the Deputy Operative Directorate of the Police (DAO) on Podemos or its leaders and if there is documentation of such investigations".

To this end, he requested "that the Police Operative Deputy Directorate be required copies of the official letters or informative notes on Iglesias or the Bousselham card, sent to said body by Villarejo between November 1, 2015 and July 2016".

The Criminal Chamber has agreed that the DAO deliver "a copy of the official letters or information notes related to the telephone terminal card of Dina Bousselham that José Manuel Villarejo has sent to said body between November 1, 2015 and July 2016 ".

However, he has refused to claim that same documentation in relation to Iglesias himself, as well as the latter's request to also obtain "a copy of any report, official letter, note or file related to any type of investigation into Podemos or any of its leaders, or the existence of the investigation and its object is certified".

The Third Section argues that "this is not the appropriate procedural venue to determine the police investigations that, on the dates of the events, could have been carried out on activities of some members of Podemos, related to the financing of this party."

"If there is any connection between these possible investigations and the facts related to the Bousselham card, the diligence whose relevance has been previously assessed should be sufficient to verify it," he maintains.

In his opinion, the origin of partially accepting the request of the former head of Podemos is "evident", since "it deals with personal data, which may have been the object of criminal conduct of interference or disclosure, whose objective and subjective scope could contribute to clarifying the requested diligence".

To this he adds that "it is clear that the purpose of this separate piece is the clarification of the potentially criminal behavior of Villarejo and other people linked to him, related to the obtaining and/or dissemination, not authorized by the owner, of the information contained in the aforementioned mobile terminal".

THE JOURNEY OF THE CARD

In the indictment issued in 2020 by García Castellón against the now retired commissioner and two journalists, he established the origin of this separate piece in some files found during the search of Villarejo's house carried out in 2017 in which there was Bousselham's personal information and sensitive data of the 'purple' party.

According to the court account, in November 2015 the coat of the couple from Bousselham --Ricardo Antonio Sa Ferreira-- was stolen from the IKEA in Alcorcón, inside which there were several objects, including her mobile phone.

Just two years after that robbery, in November 2017, a hard drive and two USB sticks appear at the commissioner's home in which folders called DINA 2 and DINA 3 are stored, which contained files from the mini SD of the phone stolen from Bousselham.

The path that the phone card took from the time the mobile was stolen until part of its content was published in the press has not yet been clearly traced.

The Criminal Chamber rules out that delving into the matter has a "prospective" nature and, in this sense, recalls the judicial statement made on March 15 by the head of the DAO at that time, Eugenio Pino, who denied having received personally some document related to the information contained in the telephone of the former political adviser, but "he did not exclude the possibility that such information could have been received by other officials of said body."

This judicial movement takes place just a week after García Castellón asked the Madrid courts to investigate whether Bousselham committed an alleged crime of perjury due to the different versions he offered the instructor about the state in which the mini SD had arrived when Iglesias He returned it to him, several months after he had gotten it from journalists.

‹ ›
Keywords:
Audiencia NacionalPablo IglesiasPodemosRobosCaso Dina
Your comment has been forwarded to the administrator for approval.×
Warning! Will constitute a criminal offense, illegal, threatening, offensive, insulting and swearing, derogatory, defamatory, vulgar, pornographic, indecent, personality rights, damaging or similar nature in the nature of all kinds of financial content, legal, criminal and administrative responsibility for the content of the sender member / members are belong.
Related News