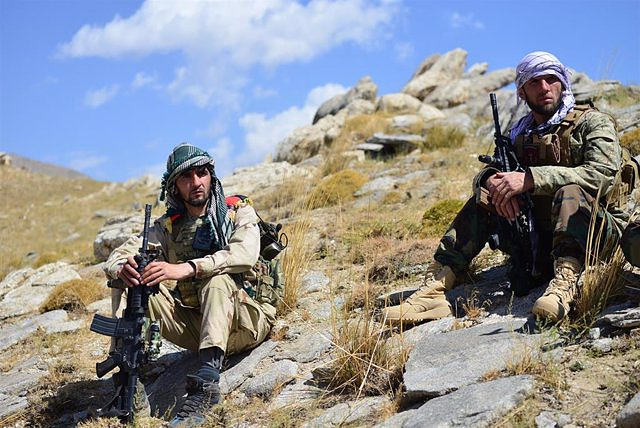 The National Resistance Front (NRF) of Afghanistan has demanded this Monday the arrest of up to forty members of the Taliban, as well as the death of five others, in the province of Panjshir, the same day that the Islamist group celebrates a year since who managed to take over the city of Kabul and establish the new regime.

The NRF spokesman, Sibghatullah Ahmadi, has reported on his Twitter profile this "victorious" operation by the Afghan resistance in the Arezoo valley, in the Anaaba district, including a series of photographs showing the alleged 40 "Taliban occupiers" arrested.

For the moment, the Taliban Ministry of Defense has not made any reference to this case, although its leader, Mullah Yaqoob Mujahid, has stressed on several occasions that they will repress any rebel group whatever the circumstances.

The province of Panjshir, in the north of Afghanistan, has been the scene throughout this last year of renewed fighting between the resistance and the fundamentalist group, after the leader of the FRN, Ahmad Masud, called in September 2021 to the weapons to fight the Taliban.

Masoud, son of historic Afghan resistance leader Ahmad Shah Masoud, called for a "national uprising" against the Taliban, which is still ongoing despite the fact that both groups tried to open negotiations in January to end hostilities. The talks, however, proved fruitless.

The NRF claims to fight for democratic values, including equal political representation for Afghanistan's different ethnic groups, fair elections, and the protection of women's rights.