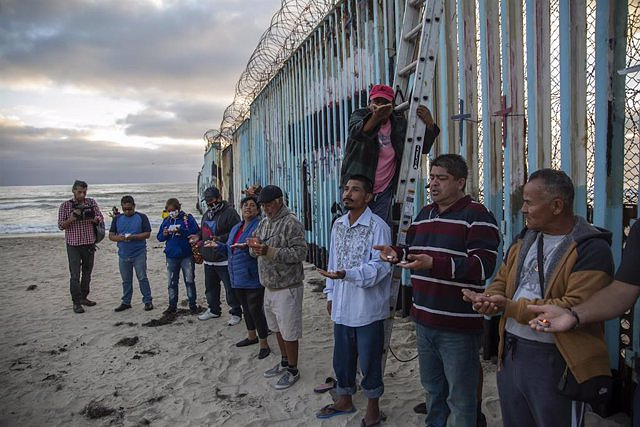 Texas police authorities have opened an investigation into the sending of 48 Venezuelan migrants to the island of Martha's Vineyard, in the state of Massachusetts, alleging that it could be a plan orchestrated by the governor of Florida, Republican Ron DeSantis.

Specifically, the Béxar County Police is studying whether the almost 50 migrants were part of a plan in which people from the Béxar Migrant Resource Center would have been used to be transferred to Massachusetts under false pretenses.

"We understand that a Venezuelan migrant was paid what we would call a 'bird dog fee' to recruit approximately 50 migrants from around a Migrant Resource Center," Bexar County Sheriff Javier Salazar said in a statement. , according to CNN.

At first, the migrants would have been taken by plane to Florida and then left for Massachusetts under the excuse that there they would find work and the solution to "several of their problems."

Salazar's statements take place at a time when controversy has arisen over the sending --by the governors of Texas and Florida, Greg Abbot and Ron DeSantis, respectively-- of migrants to governor states by the Party Democrat.

DeSantis sent two planes with migrants to the island of Martha's Vineyard, while Abbott "intentionally" sent two buses of migrants to Harris's residence in the country's capital, according to the aforementioned chain.

The actions by the governors, both critics of the Biden Administration, are the latest series of moves by the GOP to transport migrants to Democratic cities and states in order to protest what they say are "inadequate federal efforts" in the security of the southern border.

The president of the United States, Joe Biden, has accused the Republican governors of using migrants as part of their political maneuvers, acts that he has described as "un-American" and "reckless".

"The Republicans are playing politics with human beings, using them as 'props'. What they are doing is simply wrong, it is anti-American, it is reckless," said the US president during the Congressional Hispanic Caucus Institute Gala, according to a White House statement.

‹ ›
Keywords:
VenezuelaEstados Unidos
Your comment has been forwarded to the administrator for approval.×
Warning! Will constitute a criminal offense, illegal, threatening, offensive, insulting and swearing, derogatory, defamatory, vulgar, pornographic, indecent, personality rights, damaging or similar nature in the nature of all kinds of financial content, legal, criminal and administrative responsibility for the content of the sender member / members are belong.
Related News