He defends that the relationship with Algeria is "solid and broad" and that the gas supply is not in danger. 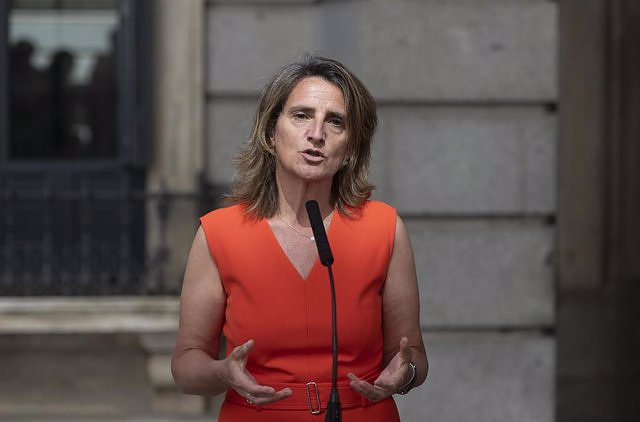 The Third Vice President of the Government and Minister for the Ecological Transition and the Demographic Challenge, Teresa Ribera, has assured that the electricity companies would propose "much higher prices" if the Government had not approved the gas price cap to reduce the price of electricity. electricity bill.

In an interview with 'La Vanguardia' collected this Sunday by Europa Press, Ribera has specified that the companies would raise the rates to 180 and 200 euros MWh if the Government had not prevented it: "It cannot be that in circumstances like these what it is not worth more to generate profits of such depth", he argued.

He explained that the so-called 'Iberian exception' implies that, if 20% or 25% of gas is needed to produce electricity, that is paid "and not everything else", and he assured that it will mean a saving of between 15% and 20% on the invoice.

He has also argued that the National Commission of Markets and Competition (CNMC) is analyzing the information that electricity companies are obliged to transfer since September, to "provide more transparency and demand information on prices between those who generate the energy and those who market it. , but also between these and the end customer".

He has denied that the gas supply in Spain is at risk due to Algeria's announcement of breaking off trade relations with Spain, and has assured that the relationship between the two countries is "sufficiently important, solid and broad both in time and in matters of interest to wish for a speedy recovery from this situation".

He considers that the supply of gas depends on contracts between private companies that must "stay away from that political position" and believes that the Spanish energy companies have diversified their suppliers to avoid dependency.

Asked if Spain could be harmed by an intensification of ties between Algeria and Italy, he said verbatim that the relationship with the Italians is very good and that, in fact, Spain is helping him with supplies of liquefied natural gas "and it has reached to contemplate the Barcelona-Livorno gas pipeline, although it is still a very preliminary project".

And, regarding the connections with France, he has assured that the interconnection with the country "is an official priority" for the European Union and that there is a route for the great Iberian hydrogen corridor that coincides with that of the Midcat gas pipeline.

He has defended that France is "much more open" in relation to the Midcat and has pointed out that the current debate is about knowing what the deadlines are for carrying it out, since the submarine connection through the Bay of Biscay has already been unblocked and will promote the Pyrenees.

‹ ›
Keywords:
Teresa Ribera
Your comment has been forwarded to the administrator for approval.×
Warning! Will constitute a criminal offense, illegal, threatening, offensive, insulting and swearing, derogatory, defamatory, vulgar, pornographic, indecent, personality rights, damaging or similar nature in the nature of all kinds of financial content, legal, criminal and administrative responsibility for the content of the sender member / members are belong.
Related News