The results convince the analysts. 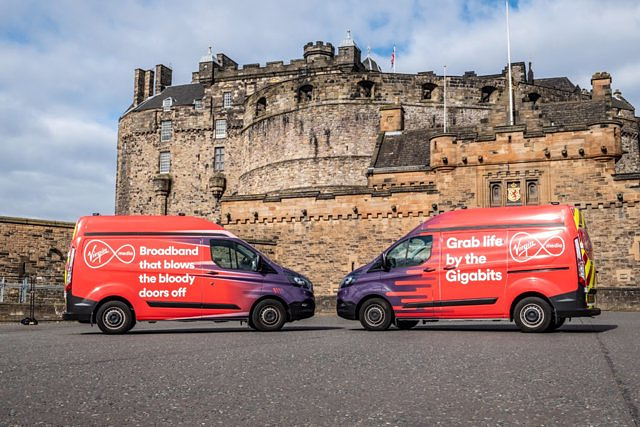 The results convince the analysts

Telefónica has received 125 million pounds (more than 148 million euros in exchange) in dividends from its British subsidiary Virgin Media O2, as revealed by the company in its presentation of results.

The joint subsidiary of Telefónica and Liberty Global has made "a cash distribution" of 250 million pounds sterling (298 million euros at the exchange rate) to its shareholders, according to the financial report consulted by Europa Press.

The firm has also confirmed its financial guidance, which includes payments to its shareholders of 1,600 million pounds in the year (1,909.5 million euros).

The creation of the subsidiary was closed in the middle of last year and meant the deconsolidation of the British subsidiary of Telefónica from the balance sheet, with which its contribution to the income statement will be made via dividends.

Virgin Media O2 has billed 5,062 million pounds (6,037 million euros) in the first half of the year, 0.1% more than in the same period of the previous year in adjusted terms.

The creation of a partnership to expand Virgin Media O2's fiber optic network to seven million homes was one of the issues discussed at the Telefónica analyst conference on Thursday.

The president of Telefónica, José María Álvarez Pallete, has assured that there is interest and offers have been received from investors that should be analyzed.

The investor is expected to take 50% of the capital of the new 'joint venture' and Liberty and Telefónica have another 50% between them.

Telefónica, for its part, has beaten analysts' expectations with solid results with 1,026 million euros of net profit and revenue growth in all its markets.

The firm has improved the forecast of its guide that implies revenue growth in the upper part of the low single digit and an operating result before amortization (Oibda) in the upper middle part of the same range.

Despite the fact that Telefónica fell 1.47% on the stock market last Thursday, the results have been applauded by analysts and, for example, Bestinver has predicted an upward revision of the target prices, according to the comments to which it has had access Europe Press.

‹ ›
Keywords:
Telefónica
Your comment has been forwarded to the administrator for approval.×
Warning! Will constitute a criminal offense, illegal, threatening, offensive, insulting and swearing, derogatory, defamatory, vulgar, pornographic, indecent, personality rights, damaging or similar nature in the nature of all kinds of financial content, legal, criminal and administrative responsibility for the content of the sender member / members are belong.
Related News