Telefónica earns 1,026 million until June and grows in all its markets

The operator confirms the dividend of 0. 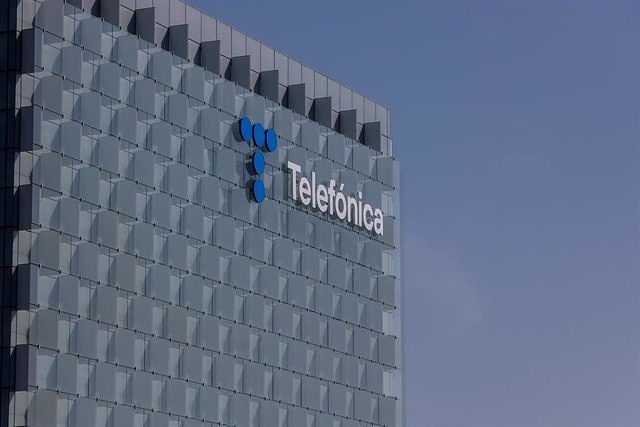 The operator confirms the dividend of 0.30 euros and the fulfillment of his guide the market in the upper range

Telefónica has earned 1,026 million euros net up to June in a semester marked by having grown in income in all the markets in which it operates.

The operator has billed 22,402 million euros in the first half, including 50% of Virgin Media O2, 4.2% more than in the same period last year thanks to the acceleration in the second quarter, according to the accounts presented this Thursday before the National Securities Market Commission (CNMV).

Net profit is 88.1% lower than the previous year, although it is not comparable, since it is due to the absence of extraordinary items such as the sale of towers to American Tower or the merger in the United Kingdom with Liberty Global to create Virgin Media O2.

For its part, the operating result before amortization (Oibda) was 7,465 million euros, 2.7% more in organic terms, also driven by a better performance in the second quarter, when this magnitude grew by 3.4 %.

As a result of these results, the firm has confirmed the upper part of its guide, which establishes growth in income and Oibda in the upper part of the low single digit, as well as confirming the distribution of the 0.30 euro cash dividend.

"Revenues and OIBDA accelerated their year-on-year growth in the second quarter, both in reported and organic terms, demonstrating our ability to proactively manage existing macroeconomic challenges," said the president of Telefónica, José María Álvarez-Pallete.

Likewise, the company will propose to the shareholders' meeting the amortization of 0.4% of the capital that it has in treasury stock to compensate for the dilution of the shareholder after the last 'scrip dividend'.

The firm has also increased its debt to 28,817 million euros after the purchase of Oi's mobile assets in Brazil and the German BE-Terna, although Telefónica expects to reduce liabilities again in the third quarter after the sale of 45% of its rural fiber company to Vauban and Predica for 1,027 million euros.

Likewise, the free cash flow has been 1,348 million, 48.2% more in reported terms than in the same period of the previous year, driven by a favorable exchange rate, especially in the case of the real, which has had a impact of 127 million euros in this magnitude and 526 million euros in revenue.

The group has ended the semester with 359.1 million retail accesses, 4.6% more than it had in June 2021, thanks to double-digit growth in fiber optics, the mobile market and the IoT. By contrast, in the last twelve months, it has lost 4% of its pay TV users. If wholesalers are added, Telefónica has 384.1 million accesses.

Spain was the market that contributed the most turnover in the first half with 6,164 million euros, 1.1% more, followed by Hispam, with revenues of 4,526 million euros, representing organic growth of 4.3%.

For its part, Telefónica Brazil has increased its turnover by 7.8% to 4,199 million euros and Telefónica Germany, 5.5% to 3,949. Outside the perimeter, Virgin Media O2, the joint subsidiary with Liberty Global in the United Kingdom, has reported revenues of 5,996 million euros, 0.1% more.

In terms of Oibda, Spain has fallen by 4.2% to 2,254 million euros, but continues to be the group's main generator of profitability, followed by Brazil, 1,714 million euros with growth of 4.9% and Germany, with 1,247 million euros and a growth of 5%.

For its part, Telefónica Hispam has contributed 1,094 million euros, which represents an increase of 6.2%, while Virgin Media O2 has registered an Oibda of 2,225 million euros, 3.7% more.

The operator has invested 2,482 million euros in capex in the first six months of the year, 27% less, due in part to the perimeter changes.

Telefónica has a fixed network of 164.69 million real estate units, of which 59.6 million are fiber optic, which represents a footprint growth of 16.1% in the last 12 months.

Likewise, Telefónica Tech has accumulated revenue growth of 71% so far this year and has billed 634 million euros, thanks to commercial acceleration and acquisitions.

‹ ›
Keywords:
Telefónica
Your comment has been forwarded to the administrator for approval.×
Warning! Will constitute a criminal offense, illegal, threatening, offensive, insulting and swearing, derogatory, defamatory, vulgar, pornographic, indecent, personality rights, damaging or similar nature in the nature of all kinds of financial content, legal, criminal and administrative responsibility for the content of the sender member / members are belong.
Related News