Tebas, on the RFEF and LPFF conflict: "If you don't understand how football is organized, these things happen"

"In the men's league they have already proved us right, now they insist on the women's league". 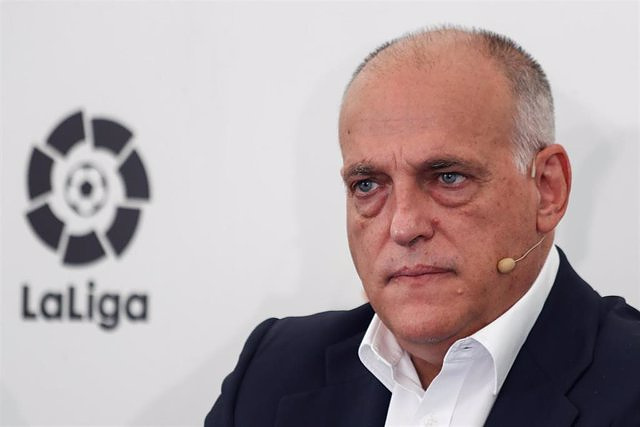 "In the men's league they have already proved us right, now they insist on the women's league"

The president of LaLiga, Javier Tebas, referred to the conflict between the Royal Spanish Football Federation (RFEF) and the Professional Women's Football League (LPFF), blaming Luis Rubiales' Federation for not "understanding" the competitions of the leagues professionals or "how Spanish football is organized".

"You have to ask the Federation of Rubiales," said Tebas, asked about the continuous pique in national soccer, now with the first steps of women's soccer as a professional league. The Higher Sports Council (CSD) suspended on Tuesday the calendar draws announced from both parties by RFEF and LPFF, due to the "presence of discrepancies".

"It is the nonsense that we have spent many years, of not understanding whose powers each one has. We already see that it is not a problem of Javier Tebas, it is a problem that they do not understand the powers of the Professional Leagues," added the president of LaLiga, upon arrival at the Kick-Off Gala for the 22-23 season this Wednesday in the center of Madrid.

Tebas pointed out that men's football suffers from the same interference by the RFEF. "Women's football is already a professional league, it has its established powers. If you don't understand how Spanish football is organized, and the rules that exist, these things happen. They insist on something that already in the men's League they have already given us the reason, now they insist on the Women's League", he said.