Tebas: "LaLiga is undervalued, we are quite happy with the market"

"Benzema or Lewandowski? I'm from Madrid and I prefer Benzema". 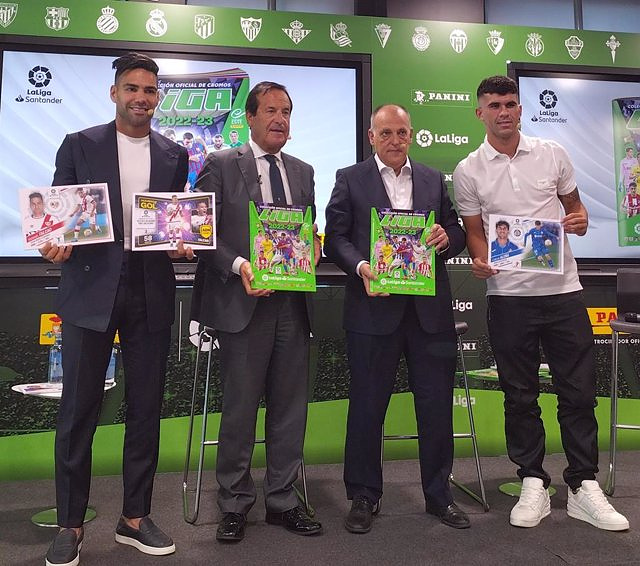 "Benzema or Lewandowski? I'm from Madrid and I prefer Benzema"

The president of LaLiga, Javier Tebas, regretted that the Spanish fan "underestimates" LaLiga Santander and declared himself "happy" with the closing of the summer transfer market for the 2022-23 season, which, according to him, "is changing" and in which slightly more than 400 million euros were moved.

"LaLiga is undervalued. It is very typical of the Spanish. It is difficult to compare with countries that have twice the population and 21 million football subscribers, and we have 9. We should see the results and not the wasters of money," he said. Javier Tebas alluding to the 'Premier League' at the presentation of the Panini album for LaLiga Santander 2022-23.

In an act together with the general director of Panini Spain, Lluis Torrent, and the Rayo Vallecano players Radamel Falcao and Getafe Carles Aleñá, Javier Tebas pointed out that the nature of the transfer market "is changing".

"'Free' players are arriving and fewer signings are taking place. We are quite happy with the market," he told player movements until last September 1, which LaLiga experts forecast at around 350 million euros and that they reached "400-odd".

Regarding the 'chrome' that is missing in the collection of LaLiga players, the president of LaLiga did not hide that it was that of Paris Saint Germain's French striker Kylian Mbappé. "After a tremendous year we had room for Mbappé. Benzema or Lewandowski? I'm from Madrid and I prefer Benzema," he said.

In this sense, he also stressed that French midfielder Aurelien Tchouaméni is going to "surprise" with his level and that he will be even more decisive than FC Barcelona's Polish striker Robert Lewandowski after the departure of Carlos Casemiro to Cristiano Ronaldo's Manchester United.

Tebas announced that next Friday he will offer a press conference to analyze the transfer market and the comparison with other championships such as the 'Premier', the Bundesliga, the Italian Serie A or the French League. "There is not only the Premier. With the Bundesliga we are almost equal in spending and they are not as worried as ours," he said.