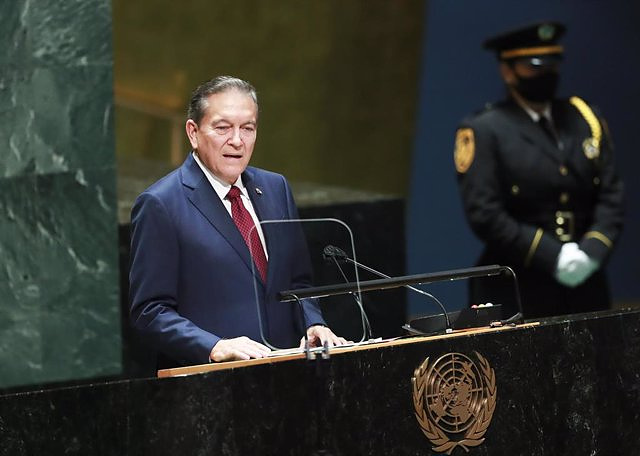 The representatives of the educators unions of Panama and the Panamanian Government have reached an agreement this Sunday to put an end to the indefinite strike that began on July 6.

The leaders of the union organizations will meet on Monday with the bases to confirm the agreement and report that classes will resume on Tuesday, August 2, after 25 days of strike, according to the newspaper 'La Estrella de Panamá'.

Classes will resume with extended school hours through December 30. The first week of 2023 (January 2 to 6), will be reinforcement and graduations and there will be no school break for the rest of the year.

ASOPROF and other teachers' unions are the main organizers of a strike that has the support of other unions and indigenous organizations. They called for urgent measures given the high cost of living.

After opening a single dialogue table with the Executive and reaching agreements to reduce the basic basket, fuel and medicines, in addition to educational improvements, the unions have finally agreed to call off the protest.

In the field of education, the Government has committed to applying a gradual increase of up to 6 percent of the Gross Domestic Product (GDP) in educational spending with an equitable distribution and to strengthen the educational quality of the first and second level of education.

‹ ›
Keywords:
PanamáSindicatos
Your comment has been forwarded to the administrator for approval.×
Warning! Will constitute a criminal offense, illegal, threatening, offensive, insulting and swearing, derogatory, defamatory, vulgar, pornographic, indecent, personality rights, damaging or similar nature in the nature of all kinds of financial content, legal, criminal and administrative responsibility for the content of the sender member / members are belong.
Related News