Taiwan hosts sixth US congressional delegation in a month 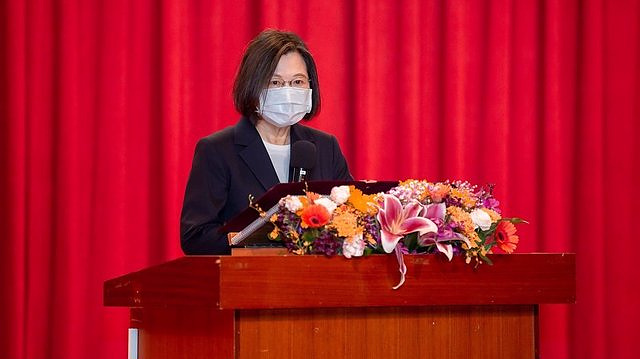 Taiwanese President Tsai Ing Wen received the sixth delegation of US lawmakers in a month in her office on Thursday and promised to deepen cooperation amid rising tensions with China.

Recent visits to Taipei by the Speaker of the US House of Representatives, Nancy Pelosi, and several congressional delegations have drawn the ire of Beijing. In response to Pelosi's visit, China has held large-scale exercises around Taiwan, followed by a new round of military exercises.

US Rep. Stephanie Murphy, who is leading the delegation, said in the meeting with the Taiwanese president that the visit is "a symbol of Congress' strong commitment to Taiwan."

Tsai, for her part, has detailed that Taiwan will continue to work with the United States to "further" strengthen commercial and economic ties, while addressing threats from China.

"Taiwan will not bow to pressure or coercion. We will defend our democratic institutions and our way of life," said the Taiwanese president, according to the aforementioned agency.

The American delegation arrived late on Wednesday and will stay until Friday.

Taiwan has had an independent government since 1949, but China considers the democratic island part of its territory and opposes any form of official contact between the countries and Taiwan.