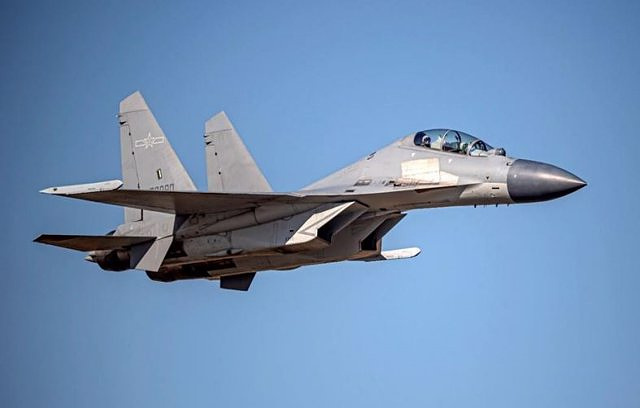 The Taiwan Air Force Command announced this Thursday that a total of 27 Chinese military planes would have invaded its airspace during the day on Wednesday, the day that the president of the United States House of Representatives, Nancy Pelosi, has visited the country.

Specifically, six J-11 fighters, five J-16 fighters, sixteen SU-30 fighters would have crossed the Air Defense Identification Zone (ADIZ), as reported by the country's Ministry of Defense in a statement.

On the previous day, there were 21 Chinese fighter planes that crossed Taiwanese airspace, including, in addition to F-11 and F-16 fighters, Y-9 and J-11 reconnaissance planes.

During the day this Wednesday, the Government of Taiwan accused China of seeking a resolution of the conflict in the Taiwanese strait through force instead of peaceful means, detailing in turn the military exercises of the Asian giant in the area will continue until next August 7.

"China has announced that it will hold live-fire exercises in the sea and airspace around Taiwan from August 4 to 7, highlighting its mindset of using force to resolve differences and undermine regional peace and stability. The Ministry of National Defense has closely monitored and strengthened its alerts, and will respond appropriately in due course," the Defense ministry said in a statement.

Likewise, the ministry has urged its citizens to be calm, since "the National Army will remain firm in its posts and protect national security: "Be calm and support the Army with one heart."

On the other hand, he also argued that China's announcement to use the maritime and air space around the main island of Taiwan "is an attempt to threaten our ports and urban areas, as well as unilaterally undermine peace and stability in the region." .

"The Ministry of Defense has emphasized that China's 'military intimidation' actions are clearly aimed at deterring the psychology of the Taiwanese people.