Szafnauer: "Alonso told me he hadn't signed with anyone"

Surprise in Alpine for the sudden departure of Alonso to Aston Martin. 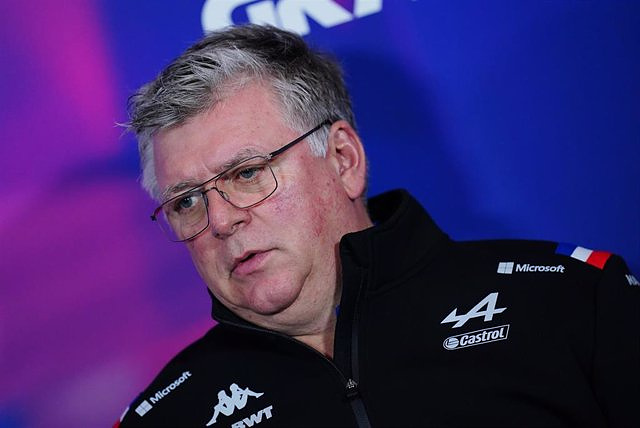 The head of the Alpine team, Otmar Szafnauer, was surprised by the signing of the Spanish driver Fernando Alonso by Aston Martin for the next championship, as he assures that the day before the official announcement the Spaniard assured him that he had "nothing signed" with other teams.

"Before he left Hungary I confirmed to him that we would sign soon and he told me: 'Don't worry, I haven't signed with anyone else'. That we would continue talking in the coming days. And the next day, in the morning, I saw the announcement of Aston Martin. That is the situation", lamented in declarations to several means.

For the Alpine boss, the renewal agreement with Alonso was close and he was caught by surprise when he found out about his departure. And he found out with the Aston Martin statement hours after assuring that he was confident of retaining the two-time world champion.

"We had a good contract for both parties, I think so and Fernando too, but it seems that later he decided to sign something else. The first confirmation I received was the press release. In the 'paddock' there are rumors of all kinds and I had heard the rumor that Aston was interested, that there were discussions. There were other indicators. But I was surprised. I had asked him and he said that he had not signed anything, so I am surprised, "he reiterated.

One of the possible reasons for Alonso's departure to Aston Martin may be the length of the contract. With the British he signs for "multiple years" and, in Alpine, he offered him a 1 1. "The duration was one of his considerations, the extension that we offered him and what he wanted. He thought we were in agreement. It is true that Fernando he wanted something longer; we wanted something shorter," Szafnauer acknowledged.

"We offered him a one-year contract plus an optional one. It is difficult to predict the future. We discussed that if he continued at this level next year, of course we would have him, but he wanted more certainty, regardless of the performance he wanted to be longer. that's one plus one; instead of two plus one or three plus one," he added.

In addition, he pointed to Alonso's age (41 years) as a reason for that lack of confidence, blindly, in the long term. "There comes a time when, physiologically, you don't have the same ability as when you're young. It's fair to say that Michael Schumacher, at 42, was not the same driver as he was at 35," he compared.

On the other hand, he hopes to improve the Alpine and be more competitive than the Aston Martin in the short and medium term. "Today, Alpine performs at a much higher level. In the short term, we will be at this level or even better, there are plans to improve and win in a hundred races. I am confident that we can do better than the team that Fernando goes to in the time in which he is going to be there", he added.

As for what remains of the 2022 World Cup, he was calm about Alonso's professionalism. "I don't have any worries for the rest of the season, the goal is clear. Although I haven't spoken to Alonso, I haven't texted him because it's difficult now that he's on the boat, he's a professional, a competitor, when puts the helmet on, he does it as well as possible. On his head, there is nothing else when the visor of the helmet is lowered," he acknowledged.