Swiatek conquers the US Open, his second 'Grand Slam' of the season 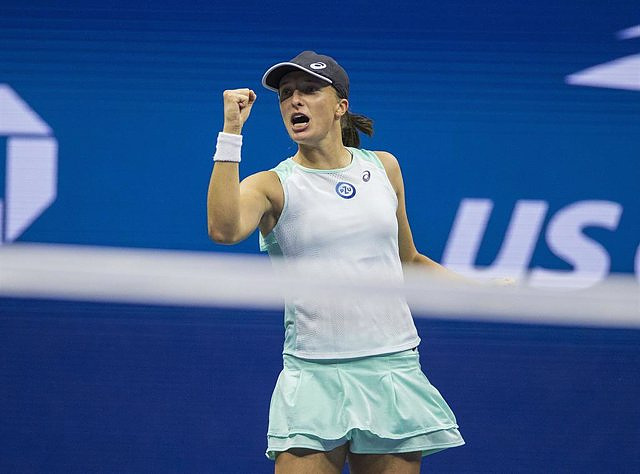 The Polish tennis player Iga Swiatek won the final of the US Open against the Tunisian Ons Jabeur, who she won in two sets by 6-2 and 7-6 (5) in almost two hours of play, to win her first United States Open United and the second 'Grand Slam' of the season.

Thus, the Pole adds her seventh trophy in this 2022, after surpassing Jabeur, who had the opportunity to continue fighting forcing the 'tie-break' in the second round, but the solidity and security of the number one in the world was decisive again.

Swiatek entered the match with a lot of conviction, even more after the confidence that her comeback in the semifinals over Aryna Sabalenka gave her. He quickly broke Jabeur's first serve to make it 2-0, and after giving up his at 3-2, brought out the roller to claim that first set in just over half an hour with a resounding 6-2.

In the second set, the Tunisian once again ran into the solidity of the Pole, who did not want to miss the opportunity to win her first US Open. Those desires boosted by an exalted level of tennis allowed her to place the 4-2, but the number five in the world did not throw in the towel and was able to tie and force the 'tie-break'.

This generated some nervousness in Swiatek, who made some mistakes caused by that tension and anxiety to achieve victory, which took a certain toll on him. Finally, his hierarchy weighed in at key moments, to celebrate, at only 21 years old, his second 'Great' of the season, after winning Roland Garros.

The Pole has played a total of eleven finals in her entire career, losing only the first of them, in Lugano and during the 2019 season, when she fell to the Slovenian Polona Hecord (6-3, 3-6 and 6-3 ).