Swiatek and Jabeur will fight for the US Open title 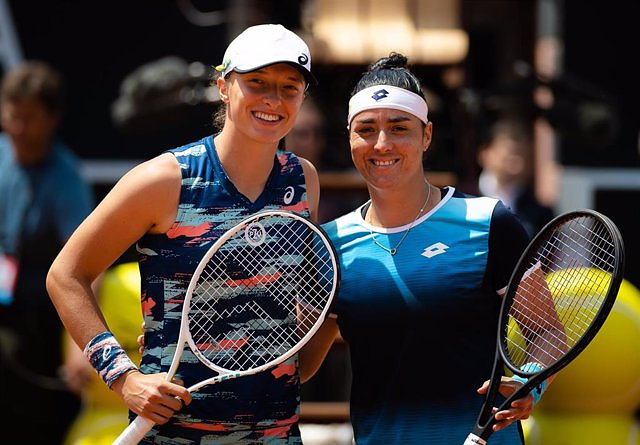 The Polish Iga Swiatek and the Tunisian Ons Jabeur will meet this Saturday in the final of the US Open, fourth and last 'Grand Slam' of the season, after overcoming their semifinal commitments against the Belarusian Aryna Sabalenka (3-6, 6- 1, 6-4) and France's Caroline Garcia (6-1, 6-3), respectively.

Swiatek, number one in the world, was able to recover from a set against and from 4-2 against in the third set, lifting two break balls, to sneak into the final of the American "big" for the first time after two hours and 11 minutes of play. Now, he will play his third 'Grand Slam' final after winning the two played at Roland Garros in 2020 and 2022.

For her part, Jabeur, seeded number five, became the first player to advance to the Wimbledon final -in which she lost to Kazakh Elena Rybakina- and the US Open in the same season since American Serena Williams in 2019, all after getting rid of Caroline Garcia in one hour and six minutes in a clash in which she suffered no breaks against.

Swiatek and Jabeur have two wins each in matchups against each other on tour, going 1-1 on hard courts. In their only meeting this season, the Pole won the Rome clay-court final 6-2, 6-2.