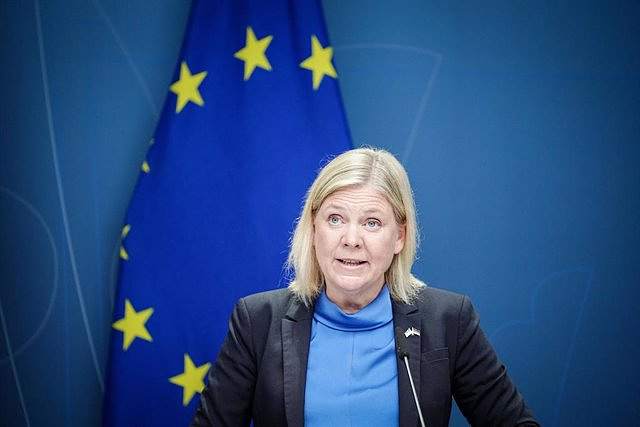 The Prime Minister of Sweden, Magdalenna Andersson, handed in her resignation on Thursday to the President of Parliament, Andreas Norlen, as she had announced a day earlier as a gesture after the apparent impossibility of the Social Democrats to form a new Government.

The rise of the conservative parties, in particular the far-right Swedish Democrats - now the second party with the most support in the country - has led Andersson to take a step back that now leaves the next steps in Norlen's hands.

The Social Democratic leader, however, has bid farewell again, shaking hands with the leader of the Moderate Party, Ulf Kristersson, who now seems to have more options to become prime minister if he manages to close some kind of agreement with the conservative bloc.

Thus, he has reiterated that he will speak with Kristersson if he chooses to negotiate with the Social Democratic Party instead of with the Swedish Democrats. "My door is open," Andersson told the media, according to public broadcaster SVT.

The practically definitive results known on Wednesday anticipate 176 seats for the alliance that Kristersson aspires to weave, three more than the one led by Andersson. The absolute majority in the Swedish Parliament stands at the threshold of 175 seats.

Norlen plans to speak next week with the eight parties with parliamentary representation. Barring any surprises, she will entrust Kristersson – a party colleague – with the formation of a new Executive, although for now Andersson will continue as acting Prime Minister until the changes are completed.