Suso: "Situations change quickly in football and against City it could be the perfect day" 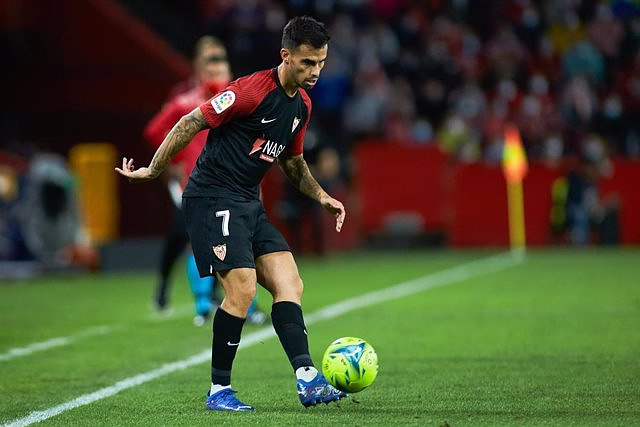 Sevilla's Spanish midfielder Joaquín Fernández 'Suso' acknowledged that the current situation of the squad -with one point out of a possible 12 in four LaLiga games- "is not the best", although the 'Champions' match against Manchester City could be the "perfect" day to change it.

"The situation is not the best, but in football this changes very quickly. It could be the most beautiful and perfect game to do it. Haaland is one of the best, although he is one more player who depends on all those who are behind, who are very good too", explained Suso at the press conference prior to the first duel of the Seville team in the continental competition.

In this way, the Nervion team will play the Champions League for the third consecutive year. "It's what we fought pretty hard for last year, our goal. We're delighted to be in the top competition," he added.

"The start has not been as we would have liked, if they asked us last year we would have signed to play against City in the Champions League. We have the opportunity to show that we can compete in these types of games and we will do so with enthusiasm", he pointed out on his first rival in a group stage with Borussia Dortmund and Copenhagen.

Regarding his state of form, Suso admitted that after "so much" time "it's hard to come back". "I'm feeling better, I'm doing everything with the group and all I have left is to pick up the pace of the game", he concluded.