Stoltenberg calls for more military investment from NATO countries: "2% is not a ceiling, it is a threshold" 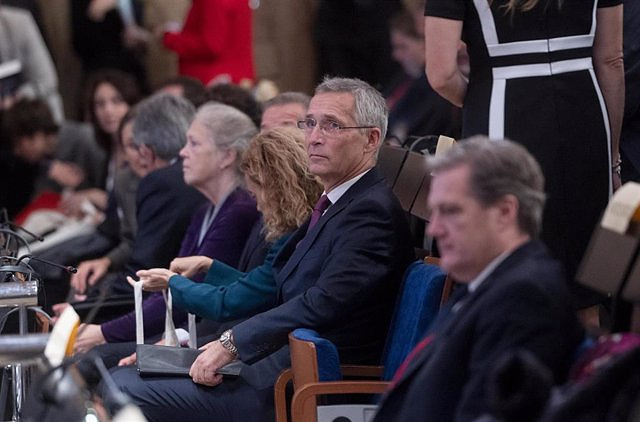 The Secretary General of NATO, Jens Stoltenberg, has advocated this Monday in Madrid for a constant increase in military investment and has claimed that the commitment to allocate 2 percent of the Gross Domestic Product (GDP) to the defense budget "is not roof", but "a threshold".

Stoltenberg took part in the NATO Parliamentary Assembly this Monday and before representatives of the 30 allied countries he launched a message to increase military spending in order to better respond to challenges, as the Russian invasion of Ukraine has shown.

This issue will be central to the NATO Summit to be held next year in Lithuania, when the commitment made by the allied countries in 2014 in Wales to reach 2% of military investment in a decade will be fulfilled ten years ago.

"I hope there will be an even greater commitment to defense spending to invest more," Stoltenberg acknowledged, who believes that "perhaps" that 2% figure will be maintained "as a base rather than as a target."

The NATO Secretary General has stated that, although they are ongoing negotiations that must be agreed upon by all countries, his wish is that "the level of ambition be increased", especially in the current context of war in Ukraine.

In addition, he recalled that the countries that are below that 2% are already increasing their defense budget "because the whole world has seen the need to invest more." This is the case of Spain, which plans to reach 1.3% in 2023 and reach 2% in 2029.

This was guaranteed by the President of the Government, Pedro Sánchez, at the NATO Summit last June in Madrid and reaffirmed this Saturday by the Defense Minister, Margarita Robles, before the parliamentarians of the Alliance.

‹ ›
Keywords:
OTANFuerzas Armadas
Your comment has been forwarded to the administrator for approval.×
Warning! Will constitute a criminal offense, illegal, threatening, offensive, insulting and swearing, derogatory, defamatory, vulgar, pornographic, indecent, personality rights, damaging or similar nature in the nature of all kinds of financial content, legal, criminal and administrative responsibility for the content of the sender member / members are belong.
Related News