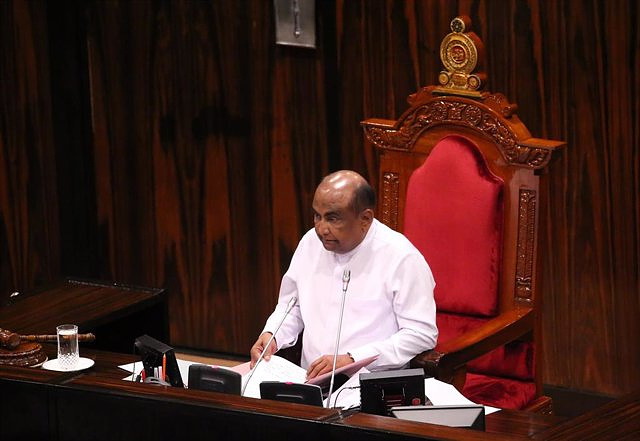 The Sri Lankan Parliament has approved this Wednesday to extend another month the state of emergency declared by Ranil Wickremesinghe when he was interim president of the country and despite the opposition of protesters and the main opposition forces.

The regulation has gone ahead with the vote in favor of 120 deputies and 63 votes against, while 41 deputies have been absent, according to the newspaper 'Daily Mirror'. The statement issued by Wickremesinghe on July 17 sought to "strengthen the protection of the population" and "guarantee security" in the midst of a wave of protests.

The statement was issued after the now former president Gotabaya Rajapaksa left the country to travel to Malaysia, where his presence sparked criticism from the population, who showed their support for the Sri Lankan people.

The state of emergency must have the approval of Parliament within a maximum period of two weeks from its proclamation. Otherwise, it must be removed. The declaration allows for a greater deployment of security forces to maintain and restore order in the face of strong protests.

However, the main opposition party, the United Peoples Party, has condemned the measure, saying that such powers "are misused to take action against protesters."

Members of the government coalition have defended the measure and have insisted that some protesters have been involved in acts of violence and damage to private property and government facilities.

Protests against Rajapaksa have intensified for months over the government's failure to deal with the severe economic crisis, which has led to shortages of gas, oil and medicine, among other things.