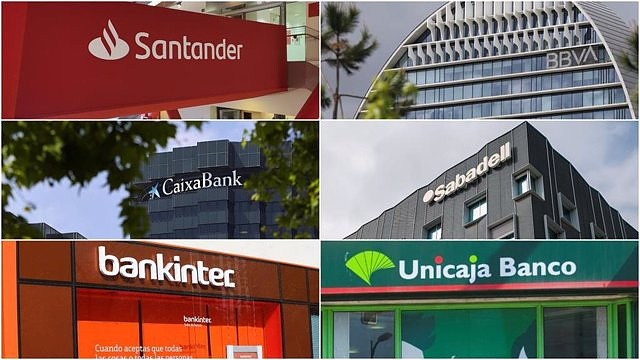 The main Spanish banks face increases in interest rates with around 1.2 trillion euros in savings deposited by customers until the end of June, 9.7% more compared to the same period in 2021, according to reports from the entities consulted by Europa Press.

One of the consequences of inflation is being the response of the central banks to tackle it, which has caused the European Central Bank (ECB) to announce in July its first interest rate hike since 2011 of 50 basic points, which placed the rate for its financing operations at 0.5%, the deposit rate was adjusted to 0% and the loan facility was placed at 0.75%.

The forecast is that the ECB will raise rates again at its meeting scheduled for this coming Thursday, September 8, although investors have spent the last few weeks debating whether to discount a rise of 50 or 75 basis points, due to the high inflation that puts pressure on the eurozone.

This normalization of rates represents a 'relief' for the banking system, which since 2016 has experienced an environment of low or negative rates with which the ECB has sought to reactivate the European economy after the crises of 2008 and 2012. For the sector, in Instead, it has entailed a penalty on its liabilities, for which it has been forced to improve its income statement via commissions, transferring, in some cases, the cost of deposits or improving efficiency through restructuring and digitization.

Faced with the new rate hikes, however, the banking sector has shown caution in defending that it is a normalization of rates, and not a rise that will lead to "extraordinary" profits. However, some entities have already begun to launch offers to remunerate savings again and thus attract new customers.

Among the large ones, for example, Sabadell offers up to 2% APR on a maximum average balance of 30,000 euros in a current account for new customers who open an online account, if certain requirements are met and for one year. This offer is available until September 15.

For its part, Bankinter has been offering up to 5% APR in the first year and up to 2% in the second for several years, with a maximum payable balance of 5,000 euros, and also under certain requirements.

Other entities, such as Santander Spain, BBVA Spain, CaixaBank or Unicaja have not yet launched to remunerate deposits or balances in current accounts, while other smaller banks have announced improvements in their interest rates for savings: this is the case of Pibank , which this week has raised the interest on your savings account to 0.6% APR and on your deposit, at 1.2% APR.

For its part, CaixaBank hoarded 428,404 million euros in deposits, 11.38% more. This figure also includes the savings from its business in Portugal. In demand savings, it had 369,068 million euros and in term savings, 29,706 million euros.

Banco Sabadell has registered an increase of 4.05% in its deposits, up to 164,619 million euros, including business in other regions, such as the United Kingdom. Of this amount, 147,892 million was savings at sight and 14,139 million, in installments.

Bankinter has also experienced an increase in the savings of its customers, by 13.19%, closing June with 74,717 million euros, with 67,655 million in current accounts and 5,749 million in time deposits.

Finally, Unicaja has seen its deposits reduce in the first half compared to the same period in 2021. In total, at the end of June it had 79,920 million euros in deposits, 2.67% less, taking into account the savings accounted for by Liberbank before the merger between both entities at the end of July 2021.

‹ ›
Keywords:
Banco SantanderBankinterBanco SabadellBBVAUnicajaSector FinancieroCaixabank
Your comment has been forwarded to the administrator for approval.×
Warning! Will constitute a criminal offense, illegal, threatening, offensive, insulting and swearing, derogatory, defamatory, vulgar, pornographic, indecent, personality rights, damaging or similar nature in the nature of all kinds of financial content, legal, criminal and administrative responsibility for the content of the sender member / members are belong.
Related News