Spain wins the Eurobasket for the fourth time in its history 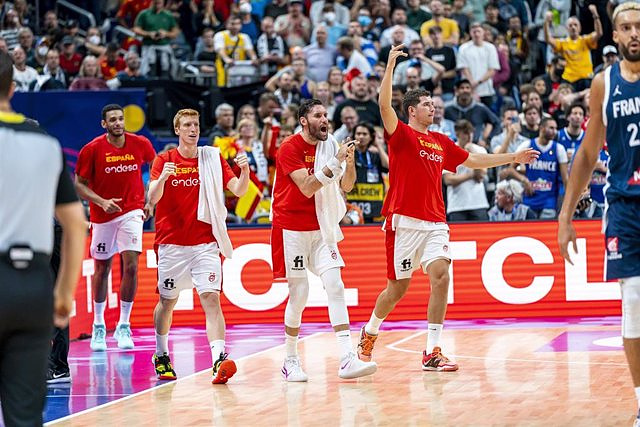 The Spanish basketball team expanded its legend by defeating France in the Eurobasket 2022 final to win a completely unexpected gold medal, which becomes the fourth gold medal in the history of Spain in a European championship, all of them under the command of Sergio Scariolo, and medal number 20 in the Spanish record, which now combines the titles of European and world champion.

This is the fourteenth metal for the selection in a European, and the fourth gold of the national team, which had already achieved it in 2009, 2011 and 2015 and which seemed very far away when the championship began. In this way, it is possible to improve what was achieved in 2017, when Spain achieved bronze, a metal that had already been achieved in 1991, 2001 and 2013.

The national team has thus managed to bring together the title of European and world champion, something they had achieved in 2009. After winning the 2006 World Cup in Japan, Spain fell in the final of the 2007 Eurobasket and was on the verge of achieving it , but he took advantage of his second chance in Poland and enjoyed that honor for just under a year.

To these achievements in Europe, Spain adds having won the World Cup twice, of which it is the current champion after reigning in China 2019 and that it had also won in 2006 in Japan. In addition, in the Olympic Games, there have been four medals for Spain, three of them silver: Los Angeles 1984, Beijing 2008 and London 2012; and a bronze in Rio 2016.

This crowns a dream summer for Spanish basketball, which has reached nine major championship finals in all categories. It is the first time in history that a European federation has achieved something like this, and it is something almost unrepeatable, since Spain played the final of all the major tournaments in which it has participated.