Spain wants to say goodbye to June with revenge

Spain wants to say goodbye to June with revenge. 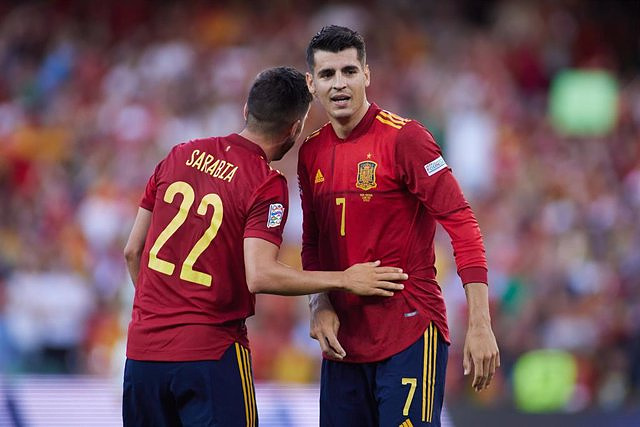 Spain wants to say goodbye to June with revenge

Luis Enrique's men receive the Czech Republic in Malaga, with whom they tied in Prague, in search of getting closer to the leadership of their group in the League of Nations

The Spanish football team is seeking this Sunday at La Rosaleda (8:45 p.m./La 1), on matchday four of the League of Nations and the second match against the Czech Republic in less than a week, to make up for last week's draw in Prague and confirm the improvement experienced in Thursday's victory over Switzerland.

Before starting the holidays, Luis Enrique's men will have to close the block of four games in June in the continental competition to try to get closer to the head of Group 2 of League A, which Portugal holds with seven points. 'La Roja', with five units, has offered good sensations, although many times they have not been accompanied by offensive efficiency.

At the Benito Villamarín, a goal from Ricardo Horta in the 82nd minute made the Spaniards lose two points in a match in which they had gone ahead with a goal from Álvaro Morata (1-1), and only a few days later it was the Czechs those who made them stumble (2-2) in a game in which Gavi and Iñigo Martínez neutralized the local advantages on two occasions and made the defensive errors forget.

Against Switzerland in Geneva, with an early goal from Pablo Sarabia, they were finally able to celebrate a win (0-1) to move up to second place in the group. A demonstration of the hard road that awaits 'La Roja' to try to reach the 'Final Four' and, above all, to reach the World Cup in Qatar this winter in the best possible way.

"Look at the results of the other groups in League A... Nobody talks about it, nobody cares. What matters is generating doubts about the team. If someone wants us to win every game 15-0 and sweep it, does not know what modern football is. There is no one who wins easily, we are not different. Now, we are a great team that will generate options to fight against any rival, you are seeing it, "warned Luis Enrique.

Now, encouraged by the victory against the Swiss team, Spain will have to close their round of matches in June against a rival who already complicated things for them on matchday two. To do this, and allied with the heat of Malaga, they will have to overcome the high pressure of Jaroslav Silhavy's men, who closed spaces and minimized the scoring chances for the Spaniards.

As in previous clashes, the Asturian coach will once again make changes to an eleven in which they have only repeated as starters in the three games Unai Simón, Sarabia and Gavi, to whom Luis Enrique has sent a surprising dart. "Gavi still has a lot to improve on and off the pitch," he assured at a press conference.

The main doubt is Iñigo Martínez, precisely the scorer against the Czechs in Prague, who suffered a stomp during training on Friday and did not train with the group on Saturday. His place in the center of defense alongside Pau Torres could be occupied by Eric Garcia or Diego Llorente.

Upstairs, where he could line up Sarabia, Morata and Ferran Torres again, the unknown will be if Ansu Fati, recovered from his serious injury, enjoys his first minutes, although Luis Enrique has already warned that he has not yet recovered his level.

Opposite, the Czech Republic, third with four points, will seek its second win in the group, the first after its debut against Switzerland (2-1), and will try to repeat the good work of the first duel against the Iberian team, against the one who got a point with a tight defense and hitting the counterattack.

"Each point in this group is worth its weight in gold for us. Four gold points so far is a good result. I think we can achieve even more," said their coach Jaroslav Silhavy.

In addition, he warned that it is possible that they have to make several changes in the starting eleven; Lokomotiv Moscow striker Jan Kuchta is doubtful after retiring at half-time against Portugal, while Ales Mandous is expected to form under the sticks after the Czech coach promised a chance for all of his goalkeepers.