Spain seeks to clarify its future in the Eurobasket

Spain seeks to clarify its future in the Eurobasket. 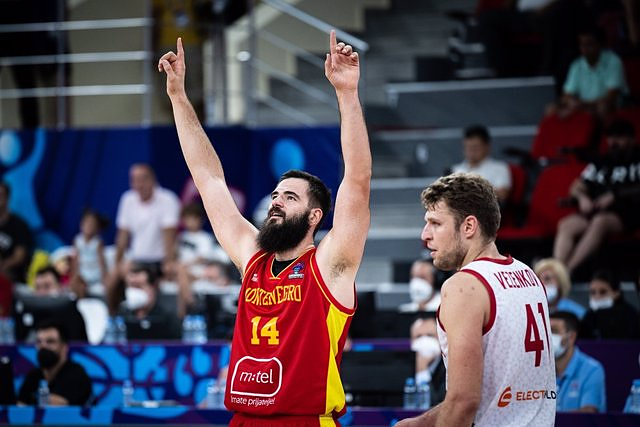 Spain seeks to clarify its future in the Eurobasket

The Spanish men's basketball team will try to leave behind the unexpected defeat suffered on Sunday against Belgium with a key victory this Tuesday (4:15 p.m./Four) against Montenegro, which will also clarify its future at Eurobasket 2022.

After their good feelings in their first two games against Bulgaria and the hosts Georgia, Spain was surprised by Belgium in a day that changed the planned script in Group A, which has opened up a lot not only for its first four places, but to take the lead.

In that second fight he is immersed in the team led by Sergio Scariolo along with the Belgians, Montenegro itself, leader now, and Turkey, angry about what happened in their defeat against the Georgians, all with a defeat to their credit.

In the absence of two games, the last between the Spanish and the Turks on Thursday, everything is yet to be decided, but the most positive thing is that the current world champion has a good chance of finishing first place. This position was pointed out as key before the start of the tournament, but now, seeing what is happening in Group B with the performances of Germany and Bosnia-Herzegovina, it does not leave much room for mathematics and the possibility of choosing.

What the Spanish team is clear about is that by winning their two games they will finish in the top two, the best in the group if Belgium lose any of their games. "You still need a slap to learn," Scariolo warned after Sunday's 73-83 defeat, which does not cause any excessive urgency, although it does show that without offering the best version in all aspects, no duel will be easy.

And for the match against Montenegro, where victory would already seal the ticket for the Round of 16 matches, the three-time European champions will mainly have to recover their defensive attitude to avoid another bad afternoon on the rebound, with Belgium capturing 14 rebounds in the Spanish hoop.

In addition, the team returned to its poor shooting from the outside, with 8/29 in three-pointers, and will have to improve its exterior success against a rival that is defending quite well during a Eurobasket where it started with a defeat, but competing against Turkey (72-68). ), and has been imposed on Belgium (76-70) and Bulgaria (81-91).

The defense of the current world champion will have to focus above all on controlling the influx of 'taronja' Bojan Dubljevic in the Balkan team where he is their best scorer with more than 18 points per game and also their best rebounder with almost nine sacks per game.

Next to the center of Valencia Basket, the nationalized Kendrick Perry, who will have a particular duel with Lorenzo Brown, and Vladimir Mihailovic, threatens outside of a Montenegro that has lost in its three previous confrontations with the Spanish team.