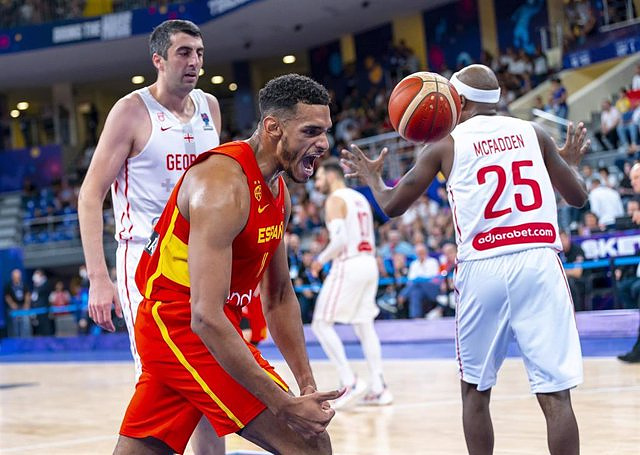 The Spanish basketball team faces Belgium this Sunday (4:15 p.m.) on the third day of the Eurobasket, within a Group A that dominates with two wins that fill a Spain with optimism that does have a lot ahead of it in search of a good cross.

Sergio Scariolo's men know the importance of being first, a priori a friendlier crossing, or the higher the better. In addition, after a preparation that did not allow much time and that left some doubts, Spain takes advantage of each match to grow and team up, tied with Turkey on four points.

Understanding and connections are multiplied in the triple European champion as could be seen in the big win over Georgia on Saturday. The hosts fell hard against a Spain led by Willy Hernangómez, making it unfair to single out one player.

The connection of the Hernangómez, the intensity and step forward of Xabier López-Arostegui, the push of Rudy or Alberto Díaz, Spain had quality in each change and swept a troubled Georgia with two losses. Belgium appears on the Spanish road with a victory and a defeat, this Saturday against Montenegro.

For Retin Obasohan, Jonathan Tabu and Ismael Bako pass the options of Belgium, unable to continue their victory in the debut against Georgia in a weak match this Saturday. Spain is looking for one more march as required by a group that is tightening and with three games remaining before the round of 16 crossing.