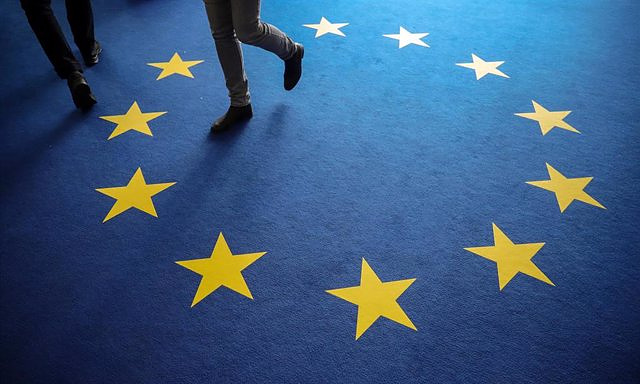 Spain tries to promote a joint declaration of countries of the European Union to "accelerate the adoption at European level" of the minimum level of corporate tax that the bloc imposed by Hungary has been trying to agree on without success for months and that the partners could save through enhanced cooperation that allows countries in favor of the measure to apply it despite not having the bloc's unanimity.

"We want that as soon as possible we have a common system, common rules for a minimum corporate tax and, therefore, that large companies also contribute to financing the impact of the crisis in the energy markets", indicated the Vice President of Economic Affairs and Digital Transformation, Nadia Calviño, upon her arrival at an informal meeting of European Ministers of Economy and Finance in Prague.

For this reason, Calviño has said, Spain is trying in this meeting to "promote" a joint declaration whose content it has not wanted to detail until the text is finalized, but which intends to be a sign of support for any proposal that "allows for the incorporation of "to the rules of the EU last year's agreement in the framework of the OECD to set a minimum corporate tax of 15%.

"We work to try to have the maximum (of support from countries)," continued the vice president, who also did not want to anticipate which countries have already joined the initiative or how many partners she thinks will sign the declaration.

In any case, he has delved into the need to have "as soon as possible" a minimum rate in Europe that "allows us to guarantee the fairness of our tax systems and that large companies also contribute to financing public services, that safety net that is so important for European citizens".

Regarding the form that this impulse will take, Calviño has referred to the enhanced cooperation mechanism that allows member states to launch initiatives jointly without waiting for the required unanimity in certain areas, as is the case of fiscal changes.

In this way, the partners seeking the minimum rate agreement could "avoid the block of unanimity rules", said Calviño, referring to the impasse in which the measure finds itself within the Ecofin due to the Government's veto Hungarian.

‹ ›
Keywords:
HungríaUE
Your comment has been forwarded to the administrator for approval.×
Warning! Will constitute a criminal offense, illegal, threatening, offensive, insulting and swearing, derogatory, defamatory, vulgar, pornographic, indecent, personality rights, damaging or similar nature in the nature of all kinds of financial content, legal, criminal and administrative responsibility for the content of the sender member / members are belong.
Related News