Spain lives its first great exam in the Eurobasket

Spain lives its first great exam in the Eurobasket. 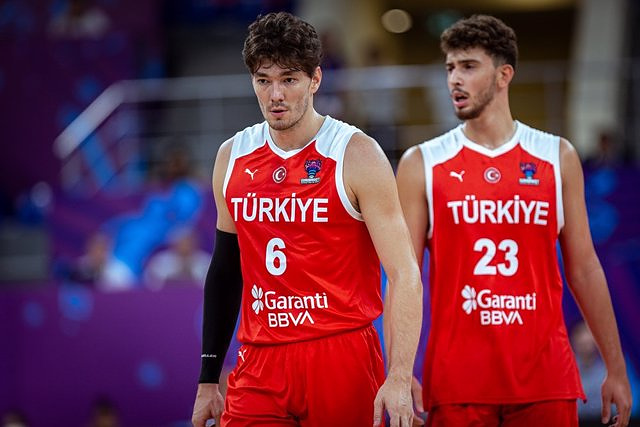 Spain lives its first great exam in the Eurobasket

The Spanish basketball team will close this Wednesday (1:30 p.m./Four) its group stage at Eurobasket 2022 and will do so with what was supposed to be the most demanding duel, the one that will face Turkey, a potential rival and with whom will fight for first place.

Spain recovered from the unexpected defeat against Belgium last Sunday with a new solid victory against Montenegro to seal their pass to the round of 16 and now they only have to secure their position for a round of 16 match with a Group B that is having more surprises than expected.

Everything indicates that the fourth place in this group will go to the theoretical candidate Lithuania or the revelation Bosnia-Herzegovina, who will face each other in the last clash and who will play an hour later in Berlin. On the other hand, being second could be more 'poisonous' because it could mean a round of 16 with France or Slovenia, and even worse being third, a position to which the national team could fall if they lose and Belgium win.

In any case, Sergio Scariolo's main concern is to recover his players as physically as possible. The three-time European champion already noted the effort of playing without much rest in the defeat against Belgium and must have her 'batteries' charged to face a rival with potential despite the fact that she has also shown some fissure.

Captain Rudy Fernández injured his knee and the Italian coach finds it difficult for him to lend a hand, which will reduce Spain's rotation where point guard Lorenzo Brown also has shoulder problems and his minutes against Montenegro were better managed so as not to wear him down to a duel where his role will be important to support the attack where the best is being Willy Hernangómez.

For its part, the Turkish team will face the match after clearly beating Belgium 78-63, thanks to a great first quarter, and forgetting all the controversy that arose in their defeat against the host Georgia (88-83), after which He even threatened to leave the Eurobasket.

Ergin Ataman has managed to put together a good squad to try to go far in this continental event with the presence of nationalized Shane Larkin, who contributes points and assists to a team where Alperen Sengun is shining (19.3 points and 8 rebounds on average) , one of his NBA players along with a Cedi Osman who also contributes from outside. Inside, the danger will be the blaugrana Sertac Sanli.