Spain has one of the "highest" filling levels in Europe in its gas storage, according to Enagás

The filling of the underground gas storage is 73. 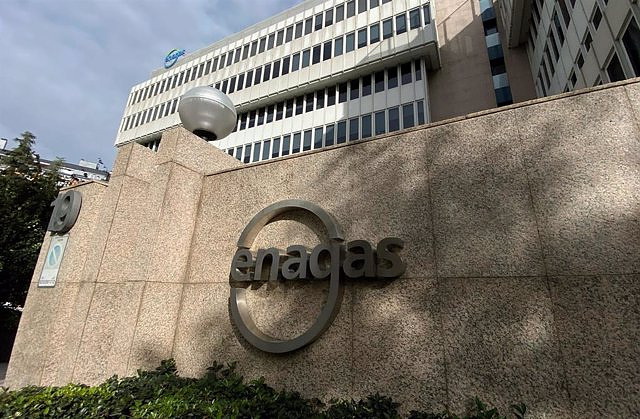 The filling of the underground gas storage is 73.2% and that of the LNG tanks reaches 84%

Spain has one of the "highest" filling levels in Europe of its natural gas storage for the next winter campaign and in the face of the threat of a possible supply cut from Russia, according to the CEO of Enagás, Arturo Gonzalo Aizpiri.

In a conference with analysts to present the group's strategic plan for the 2022-2023 period, Gonzalo stressed that Spain is complying "very quickly and effectively" with the gas storage filling schedule set by the European Union, which estimates a target of 80% for next October.

Thus, he stated that the current level of filling of underground storage in Spain is 73.2%, ahead of the 71% marked for August, while the liquefied natural gas (LNG) tanks of the country's plants are already in 84%, its highest level in the last five summers.

In addition, he added that 26 more ships are scheduled to arrive this July, which will add an additional 26 terawatt hours (TWh) of gas to the supply that arrives by tube from Algeria through Medgaz.

"Underground storage in Spain is key to approaching these times that Europe has ahead of us in the coming months with great serenity," he said.

At a press conference to present the group's new strategic plan for the 2022-2030 period, Gonzalo insisted that Spain "is fulfilling its storage obligations like an outstanding student."

DOES NOT SEE A SITUATION OF "SHORTAGE" OF GAS FOR SPAIN

Thus, he assured that, despite the fact that Europe "is in a really dramatic moment" in the face of Russia's threat to cut off its supply of natural gas, Spain "is not" and "nothing suggests a situation of shortage".

Despite this, he stated that Enagás is preparing all the contingency scenarios that may arise for next summer, "sharing our information at all times with the Government.

In this regard, he recalled the importance of Spain in terms of gas infrastructure, with an asset with "enormous strategic value" such as the six regasification plants in the country, a third of the capacity in the Old Continent, to "put make Europe available as much gas as possible".

AN LNG HUB AND SLOTS AWARDED FOR 15 YEARS

Likewise, he did not hesitate to consider Spain "already an LNG hub" and pointed out the existing interest in the auctions of 'slots' for the unloading of ships in the LNG plants, with 'slots' already awarded for 15 years.

On the other hand, Gonzalo stressed the need to "create a trunk network of 'hydrogen pipelines'." "Having a centralized backbone infrastructure is the fastest, most efficient and most secure way," he added.

In this regard, Enagás contemplates in its plan the construction of new underground storage facilities, but also the possibility of adapting some of the existing ones for use with hydrogen.