A 'hat-trick' by Inma Gabarro allows the Spanish to be group leaders. 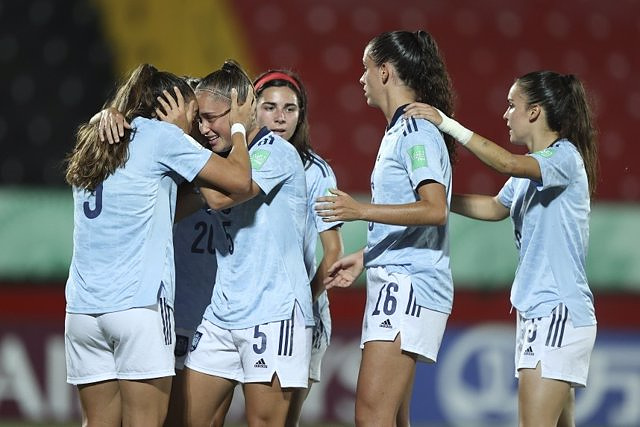 The Spanish team closed the group stage of the U-20 World Cup in style with the victory won this Wednesday against Australia (3-0), which also allows them to qualify for the quarterfinals as group leader.

In a match played at the Alejandro Morera Soto in Alajuela, Spain prevailed thanks to a hat-trick by Inma Gabarro, who has already scored four goals in the competition. Although Pedro López's men were able to get ahead in the first minute with a kick from Ariadna Mingueza, they had to wait to get ahead.

At 20 minutes, Gabarro opened the can by finishing off a great play by Julia Bartel at the far post, and just five minutes later he extended the account anticipating inside the area after a distant cross by Esther Laborde. With that advantage, the national team kept trying and Sevilla's own striker was able to leave with three goals at the break.

Already in the second half, Gabarro closed the account with a great shot from inside the area after a poor clearance by the Australian defense. This goal is the one that has allowed Spain to surpass Brazil in goal difference and, therefore, to be the group leader.

Now Spain will have to play the quarterfinals against Mexico, a team that has been ranked second in its group after Colombia on August 20. Those of Pedro López conclude the group stage without having conceded any goal and with eight goals in favor.