Spain falls on penalties in the 'Finalissima' against Portugal 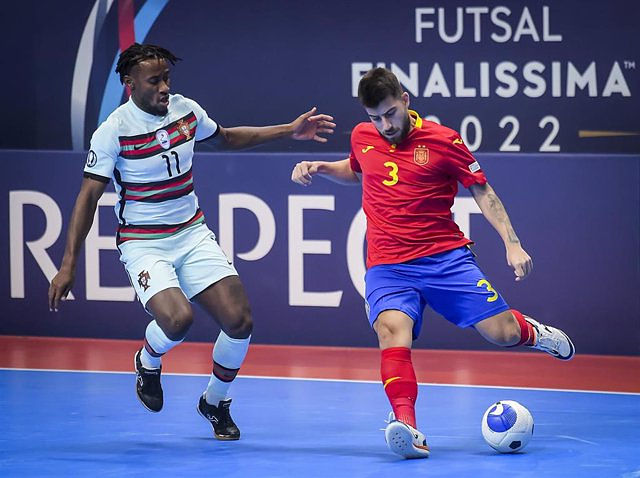 The Spanish futsal team has fallen this morning in the 'Finalissima', the final four between European and South American representatives that has been played in the Parque Roca in Buenos Aires, after losing to Portugal, its 'black beast', in the penalty shootout (1-1, 2-4 on penalties).

The lack of success of Fede Vidal's men and the good work of the Portuguese goalkeeper Edu allowed the European Championship champion to maintain their hegemony, all in a duel in which a shot by Antonio Pérez unleashed hostilities. Zicky Té responded shortly after making Jesús Herrero intervene twice.

Adolfo and Mellado warned the Portuguese before, in a corner play just before half-time, Antonio Pérez put the Spanish team ahead (min.20). Already in the second half, Afonso neutralized the goal of Fede Vidal's men after hitting the ball before Dídac's exit (min. 28).

After completing the 40 minutes, the extra time did not resolve the tie either, so everything had to be decided in the penalty shootout. There, the Portuguese goalkeeper Edu stopped the throws of Chino and Raúl Campos and gave another title to Portugal.

The champion of Euro 2022, Portugal; the third classified of the European tournament, Spain; the champion of the Copa América 2022, Argentina; and the runner-up, Paraguay.