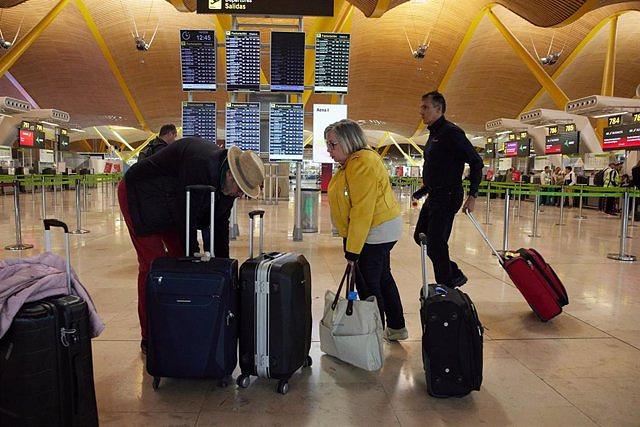 The Official State Gazette (BOE) this Tuesday includes the extension until next December 15 of the temporary restriction of non-essential travel from third countries to the European Union and associated Schengen countries for reasons of public order and public health on the occasion of the health crisis caused by COVID-19.

Order INT/657/2020, of July 17, --which includes Council Recommendation (EU) 2020/912, of June 30-- has been adapting to the evolution of the epidemiological situation, avoiding becoming a unjustified obstacle to the economy and personal relationships.

Fortunately, the current reality of the pandemic is far from the extremely critical scenario that led to the severe border restrictions included in the initial version of the aforementioned order.

And it is that, the epidemiological data and the accumulated experience have made it possible to dispense with certain actions in the health controls carried out in the border areas, in order to favor the recovery of normality and fluidity in the movements of travellers.

Although the replacement of the aforementioned Recommendation (EU) has been announced as "imminent" by another adapted to the current situation and that "provides for the actions to be activated in the event of the eventual reappearance of epidemiological risks linked to COVID-19, such as those produced by new variants", this substitution has not yet occurred.

For this reason, the restriction has been extended until next month. Thus, this order will take effect from the moment of its publication in the BOE until midnight on December 15, 2022, without prejudice to its eventual modification to respond to a change in circumstances or new recommendations in the field of the European Union.