The national team is second, less than two points behind the 'Dream Team' after winning the Eurobasket. 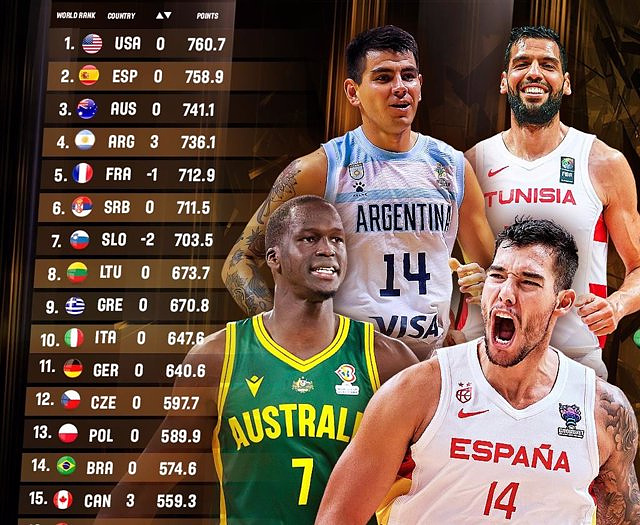 The national team is second, less than two points behind the 'Dream Team' after winning the Eurobasket

The Spanish team, recent European champion and current world champion, is second, with 758.9 points, less than two behind the leader United States, with 760.7, in the FIBA ​​men's world ranking, after its historic conquest of the Eurobasket (760.7) of 2022 in Germany.

Since the creation of the ranking, the United States has always been in the lead, but Spain has gone from 724 to 758.9 points after winning the Eurobasket and could be at the top of the standings after the next two FIBA ​​qualifying 'windows' for the 2023 World Cup to be played in November and February.

In this recent update of the list, Argentina, Australia and Spain are the teams that have obtained the most points after proclaiming themselves champions of their continental tournaments and Tunisia has benefited from the success of AfroBasket2021, with a rise of seven points.

In the European zone, Finland, which was the first team to win a ticket to the 2023 World Cup and reached the Eurobasket quarterfinals, has gone from number 34 to 25, Montenegro has risen from 24 to 18, Belgium has also climbed 7 places to 29th and Poland, which played in the Eurobasket semifinal, has obtained 30 points and is very close to the Czech Republic (12).