Algeria was the main supplier of natural gas in July, a short distance from the United States. 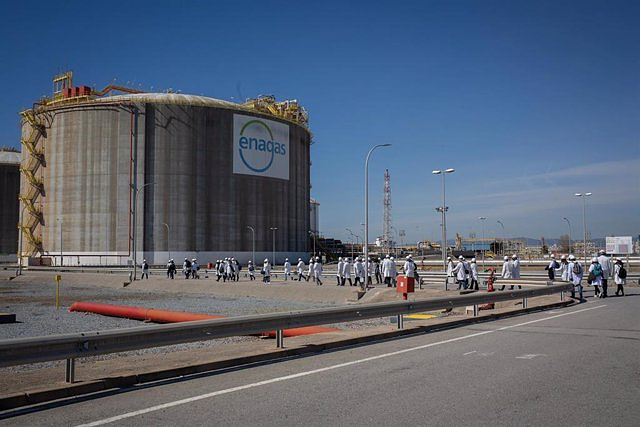 Algeria was the main supplier of natural gas in July, a short distance from the United States

In the first seven months of the year, Spain has bought 24.2% more natural gas from Russia compared to the same period of the previous year, while imports of this raw material from the United States (USA) they have shot up 284.7% and those arriving from Algeria have fallen 41.9%, according to data from the Corporation for Strategic Reserves of Petroleum Products (Cores) published this Thursday.

In relation to imports from the African country, 60,056 GWh came through the existing gas interconnections, which represents a decrease of 39.5% compared to the first seven months of 2021. The rest of the gas purchases from Algeria, 4,578 GWh (-61.5%), arrived through methane tankers.

The volume of purchases from Nigeria is also significant, a country from which 37,355 GWh have been imported until July, with which purchases have increased by 68.8% in relation to the same period of the previous year.

In total, Spain has bought 263,200 GWh of natural gas abroad in the accumulated until July, that is, 15.6% more in relation to the same period of the previous year. Of that amount, 73.07% came in the form of liquefied natural gas (LNG) through methane tankers (192,334 GWh), while the rest (70,866 GWh) were imported through existing gas pipelines.

In this sense, purchases through gas pipelines fell by 38.9% in relation to the same period of the previous year, while LNG imports increased by 72.1%.

Regarding monthly data, imports from Algeria, which until the end of 2021 had historically been the main supplier of natural gas to Spain, exceeded the United States for the first time this year, which has taken the place of the African country as the main supplier of this raw material in 2022.

Thus, in July Spain bought 8,572 GWh of natural gas from Algeria, while 8,530 came from the US, that is, purchases from the African country have exceeded those made from the North American by only 42 GWh.

After these two countries, Nigeria was the third largest supplier of gas to Spain in July with 5,882 GWh and Russia was fourth with 5,317 GWh.

‹ ›
Keywords:
Estados UnidosArgelia
Your comment has been forwarded to the administrator for approval.×
Warning! Will constitute a criminal offense, illegal, threatening, offensive, insulting and swearing, derogatory, defamatory, vulgar, pornographic, indecent, personality rights, damaging or similar nature in the nature of all kinds of financial content, legal, criminal and administrative responsibility for the content of the sender member / members are belong.
Related News