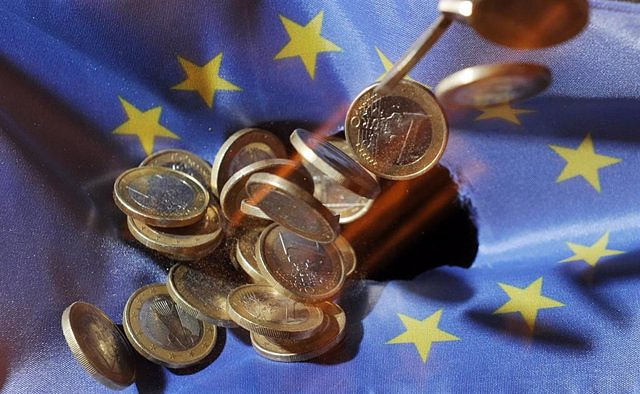 Economic confidence in the euro zone deteriorated substantially in July, when the economic sentiment indicator (ESI) prepared by the European Commission fell to 99 points from 103.5 the previous month, its worst reading since February 2021 , with Spain and Germany leading the decline among the main economies of the bloc.

The worsening of the July data reflects the sinking of consumer confidence in the euro zone to historical lows, with a reading of -27 points, the lowest since the beginning of the series, which dates back to 1985.

Likewise, in the European Union (EU) as a whole, the economic sentiment indicator has also fallen sharply in the month of July, reaching its lowest level since January 2021, with a reading of 97.6 points, compared to 101. ,8 of June.

"The ESI fell sharply in four of the six largest economies in the EU," highlights the European Commission, pointing to Spain (-5 points) and Germany (-4.9) as the two countries where the greatest setbacks were recorded in the indicator, ahead of Italy (-3.4) and Poland (-3.2), while it remained practically stable in France (-0.1) and improved in the Netherlands (0.2).

In the case of Spain, the economic sentiment indicator for July stood at 97.1 integers, compared to 102.1 in June, with sharp drops in confidence in retail, industry and consumers, while they appreciated improvements in construction and services.

‹ ›
Keywords:
Comisión EuropeaAlemania
Your comment has been forwarded to the administrator for approval.×
Warning! Will constitute a criminal offense, illegal, threatening, offensive, insulting and swearing, derogatory, defamatory, vulgar, pornographic, indecent, personality rights, damaging or similar nature in the nature of all kinds of financial content, legal, criminal and administrative responsibility for the content of the sender member / members are belong.
Related News